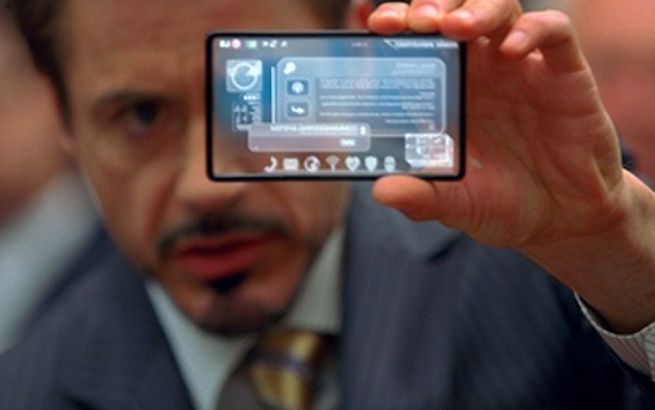 Samsung will have more than a few of its upcoming products showcased in Avengers: Age of Ultron, including a transparent functioning phone that will even befuddle Science Bros, Bruce Banner and Tony Stark; the latter of whom the phone was developed for.

Samsung unveiled some of the items featured in the sequel during the recent Consumer Electronics Show.

The description for Stark's phone states:

What type of phone does a man who has everything need? A sleek and metallic phone that features cutting edge technology designed specifically for Tony Stark. With a striking flexible display, the phone features two different curved panels, taking inspiration from Samsung's Galaxy Note Edge so that important information is displayed separately from the main screen. The device features a hologram glass user interface with finger print security so that even if the device gets into the wrong hands, Tony Stark's personal data stays secure and out of the hands of the enemy.

Smartwatches and Bluetooth devices will also be used as equipment for Earth's Mightiest Heroes when they do battle against Ultron.

The Stark phone won't be hitting the market anytime soon as it is an Avengers exclusive.

Avengers: Age of Ultron opens in theaters nationwide on May 1.