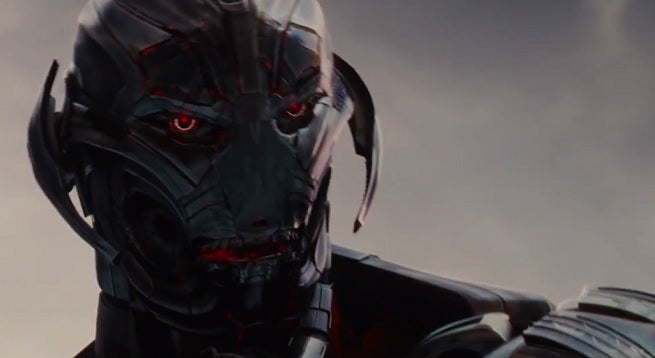 "It's our new Frankenstein myth," he explained. "We create something in our own image and the thing turns on us. It has that pain of 'Well, why was I made? I want to kill Daddy.'"

It's now up to Iron Man, Captain America, Thor, the Hulk, Black Widow and Hawkeye, along with support from Nick Fury and Maria Hill, to stop Ultron from enacting his plans. Along the way, the Avengers encounter the powerful twins, Pietro and Wanda Maximoff, as well as the familiar Vision.

Rad Bradbury's story revolving around the parent-killing baby, The Small Assassin, was a reference Whedon utilized for Age of Ultron.

"I don't remember seeing an artificial-intelligence movie where the robot is bonkers—the most emotionally unstable person in the film—and who has the knowledge of 3,000 years of recorded history and who is a pouty teen, all at the same time," Whedon says.