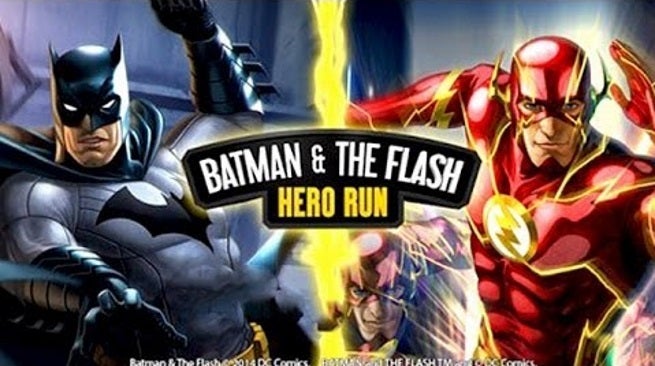 DC Entertainment has released a trailer for their new mobile game Batman & The Flash: Hero Run.

Give Joker or Gorilla Grodd an run for their money!

Batman & The Flash: Hero Run is an exciting new game app now available for iPhone, iPad and Android. Become an unstoppable running force through the streets of Gotham City and Gorilla City. Take control of Batman, the Flash and other legendary DC Comics heroes and villains to experience a running revolution within the DC Comics Universe!

The game looks a lot like Temple Run and other entries into the over-the-shoulder infinite runner genre, but with DC Entertainment branding and the added complexity of a digital card game.

It's a little perplexing that they paired The Flash with Batman for an infinite runner, considering the classic silver age stories of The Flash racing Superman around the world.

Batman & The Flash: Hero Run is now available in the iOS App Store and Google Play.