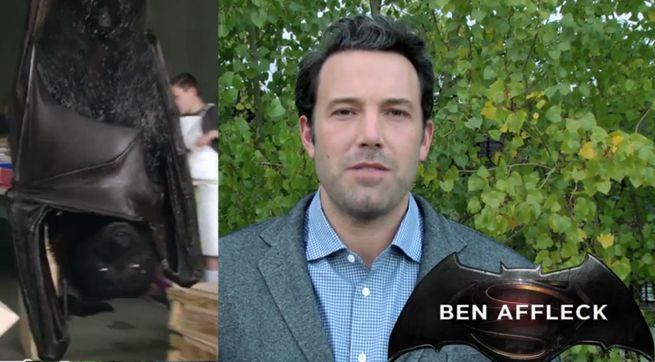 "I want to talk to you about one of my favorite species of animals: the bat," says Affleck. "Essentially these bats are on the verge of completely dying out. Not only would we lose an extraordinary species, but the death of our bats would be catastrophic to our ecosystem."

As a movie that benefits from bats, Snyder reveals they are building bat houses to raise awareness. The bat houses are made from recycled wood from the Batman V. Superman: Dawn of Justice set, so as Snyder puts it, "Superman and Batman fought within the walls of these bat houses."

Go to SaveBats.org to learn more about how you can help to save the bats. Batman V. Superman: Dawn of Justice is scheduled to be released in movie theaters on March 25, 2016.