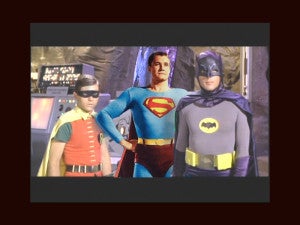 Following the success of both Arrow and Batman '66 as digital-first comics from DC Entertainment, it seems like a no-brainer to follow up on it. And while it'll be a while before either The Flash, Gotham or Constantine are ready to go with TV-friendly comics adaptations, it's not as though there isn't plenty of older material for them to work with.

So if we were given carte blanche to develop something based on a DC Comics TV property as a digital-first or digital-only comic for DC, what would it be? Well... 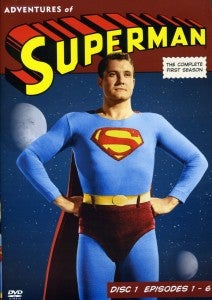 Wink and a nod to Ben Grimm for this one; it was his blog post that inspired me to start thinking about what TV properties DC has lying fallow.

It's hard to say just what you'd call this one, since the obvious—Adventures of Superman, going with the title of the TV series—is already taken by DC's digital-first Superman anthology series. Nevertheless, there's some big-time appeal to having Reeves's Superman represented on the printed page:

DC's first major TV hero in his own comic? Check.

Basically you could do this as a Golden Age-style Superman, where he's powerful but not a god, not unlike what Grant Morrison did for the first couple of issues of Action Comics in the New 52. Get somebody like Brad Meltzer, with a proven love for that era of the character but also name cache. Or if you want to go a little more reliably family-friendly on it and still maintain that Golden Age feel, maybe you could get somebody like Craig Rousseau or Mark Evanier to work on it.

And this is a guy who could cross over with Batman '66. How cool would that be? It's the Batman vs. Superman movie you never knew you wanted until now! How does a Man of Steel who has to duck when guns are thrown at him match up against a Batman who has the most bottomless utility belt full of esoteric crap you could ever imagine? This is the stuff of fan fiction.

Thanks to Superman Fan Art for the...umm, fan art...at top. It's surprisingly difficult to find anyone who's Photoshopped those two together, especially now that any search string that contains George Reeves's name along with Batman brings up about 1,000 pictures of Ben Affleck. 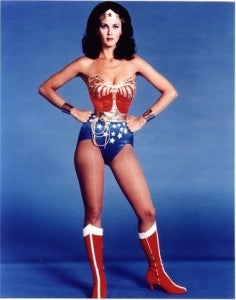 Wonder Woman has been one of the most notoriously difficult characters to get right in a TV adaptation; they've made four attempts and only one of them yielded a series.

While that series didn't last all that long, left a permanent impression on popular culture and helped shape the character for generations (there was something about '70s TV that did that—you could remove Wondy's name from that sentence and replace it with The Incredible Hulk and it would be about as true).

She's the most important character that doesn't sell well, so she's got one ongoing title (and a shared one coming with Superman), compared to a handful for Superman and a rackful for Batman. Giving her an inexpensive and new reader-friendly digital-first edition seems pretty obvious. 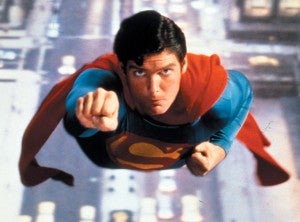 This one's a bit of a cheat, since it's not TV...but talking about the Reeves Superman and how it could generate a following with its very different look at the Last Son of Krypton, I couldn't help throwing this one in, as well.

It almost needs no explanation. In the wake of Man of Steel, there was plenty of waxing nostalgic for the good old days when Superman could turn back time by flying around the planet really fast. Giving those fans something to read? No-brainer. 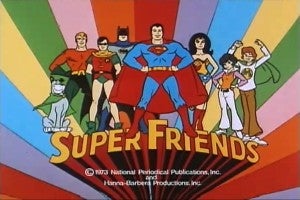 There are few properties with the enduring appeal of Super Friends—in fact, of the items on this list, probably only Batman '66 and maybe Wonder Woman have a chance of coming close to the way the now forty-year-old cartoon appeals to viewers young and old.

Can you imagine somebody doing a digital-first comic set in the same kind of tone and style of the Super Friends but using villains that never made it onto the show or didn't exist back then? You could have a Super Friends-friendly version of Bane or Doomsday, or you could just see how the Rainbow Raider could be inserted into this very kid-friendly universe and used in a story that's still compelling o contemporary readers.

This one is--as far as I know--the only one on the list that's had a comic book series actually based on it before. The others may have influenced the ongoing adventures of the characters, but I feel like I've actually seen Super Friends comics. 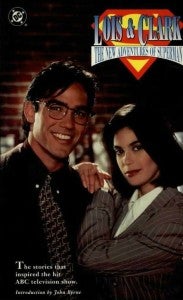 Alright, so this is such a Superman-heavy list that maybe the three different versions should just be collapsed into one Superman series that would alternate stories and creative teams, like they're doing with the Kyle Higgins/Sterling Gates Beyond book.

But Lois and Clark is so definitively '90s—and did its best to give us Superman fighting villains who posed a threat to him in a way that The Adventures of Superman never really could given budget constraints—that it would be really interesting to see somebody take this on.

In my fantasy-addled brain, Jerry Ordway would write and draw this sucker, tying the series and the '90s version of Superman—very different from the Superman either before the Crisis or after 1999—together as a kind of nostalgic greatest hits album where Lois and Clark can be married.

Batman vs. Superman '66 and More Great TV-to-Comics Ideas for DC