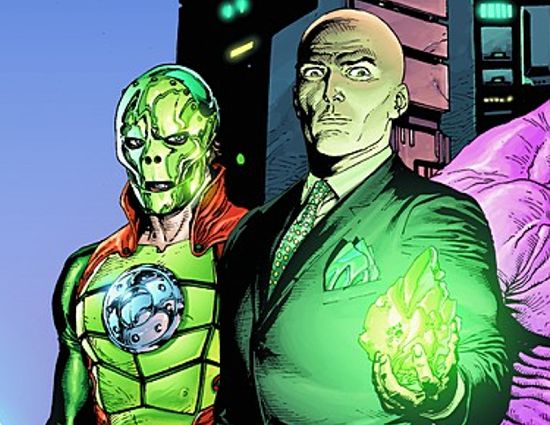 Ever since Batman Vs. Superman was announced, there's been a theory that the film will feature two villains. With the Man of Steel featuring General Zod and his gang, it would almost seem like a step back if Batman Vs. Superman only featured one villain.

Which is why this tidbit of information that Batman-News.com uncovered on the Batman-On-Film.com Facebook page actually makes a lot of sense. According to a Batman On Film Facebook post, there are going to be two villains in Batman Vs. Superman and they are both Superman rogues.

Of course, one of the villains is almost certainly Lex Luthor, as there were plenty of LexCorp Easter Eggs in the Man of Steel. Director Zack Snyder also dropped a pretty strong hint that Lex Luthor would be part of Batman Vs. Superman during a Man of Steel fan event.

But who could the second villain be? Recent rumors have suggested that both Metallo and Doomsday could be possibilities.