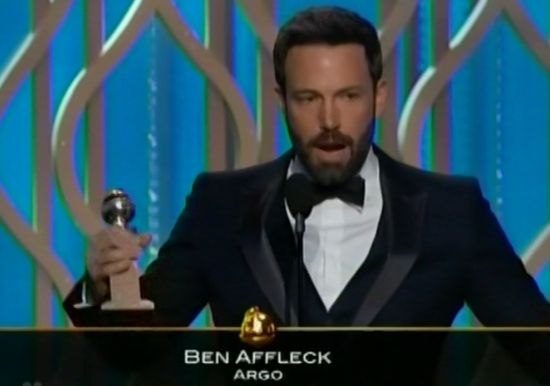 The Hollywood Foreign Press Association has announced the final list of actors and actresses to be named to the presenter's list for tonight's Golden Globes, and there were quite a few comic book movie actors to make the cut. As we previously reported, Avengers Chris Hemsworth, Mark Ruffalo, and Robert Downey Jr. had already been named as presenters at the Golden Globes. Now, they will be joined by a fourth Avenger, as Chris Evans, who plays Captain America, has been added to the presenters list.

On the DC Comics side, Ben Affleck, who is slated to play Batman in the upcoming Batman Vs. Superman movie, was also added to the presenters list. Of course, Ben Affleck also played Daredevil on the Marvel side more than a decade ago.

Other notable additions to the presenters lists for comic book movie fans include Aaron Eckhart and Jim Carrey. Eckhart played Two-Face in The Dark Knight and is starring in the upcoming I, Frankenstein, which is based on a graphic novel. Carrey played Colonel Stars and Stripes in the recent Kick-Ass 2, even though he chose to not promote the movie. Carrey also played The Mask and The Riddler back in the nineties.