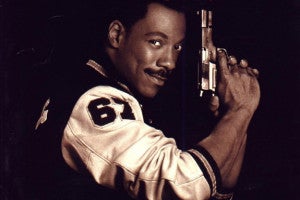 With the renewal of Community earlier tonight, it seems like anything is possible in TV land--but there are still some fairly major players who got left standing when the music stopped the last few days. Ironically, Cougar Town showrunner Bill Lawrence had two pilots picked up to series today, but he also served as one of the trailblazers for a trend we're seeing more and more of: failed pilots or cancelled series being shopped to another network. The critically-lauded but ratings-challenged Happy Endings is mulling a move to USA, where it would stand out as the only original half-hour comedy on the network and, if it can do what Cougar Town has done at TBS and retain its network-level ratings on cable, it would immediately become one of the bigger hits for USA, as opposed to on ABC where it was perennially on the chopping block. ABC Studios, who co-produced Cougar Town, is also looking to move a comedy/mystery show titled Murder in Manhattan that failed to make the cut at ABC. They think that the series, starring Ghostbusters standout Annie Potts, has potential on cable, although it's not yet clear where or if they've had interest. The most surprising move of the last few days is probably that CBS has passed on Beverly Hills Cop, which would have seen Eddie Murphy return to TV as Axel Foley in a series that revolved around his son. Paramount and Sony TV are in bed together on this one, and may look to shop it elsewhere--maybe even to another broadcast network, if contracts allow. Beverly Hills Cop probably has the best chances of the three, not only because of Murphy's star power but because of the franchise's visibility. At a time when you've got Netflix resurrecting Arrested Development and Xbox looking into a return to Heroes, it's clear there's a market for these shows that come with built-in, committed audiences, even if they're small.