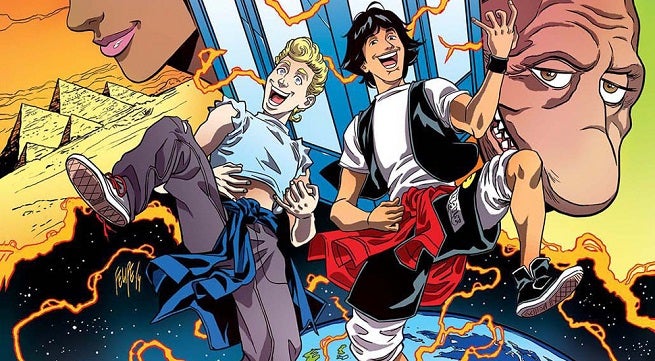 Following yesterday's tease that Bill and Ted would return in comic book form at BOOM! Studios, the publisher announced today via Nerdist that March will see the first issue of a six-issue minisereis titled Bill & Ted's Most Triumphant Return.

The series, set after the events of Bill & Ted's Bogus Journey, will apparently see the pair travel to the future to interact with a young DeNomolos in the hopes of preventing the psychotic break that ultimately turned him into the villain of Bogus Journey. 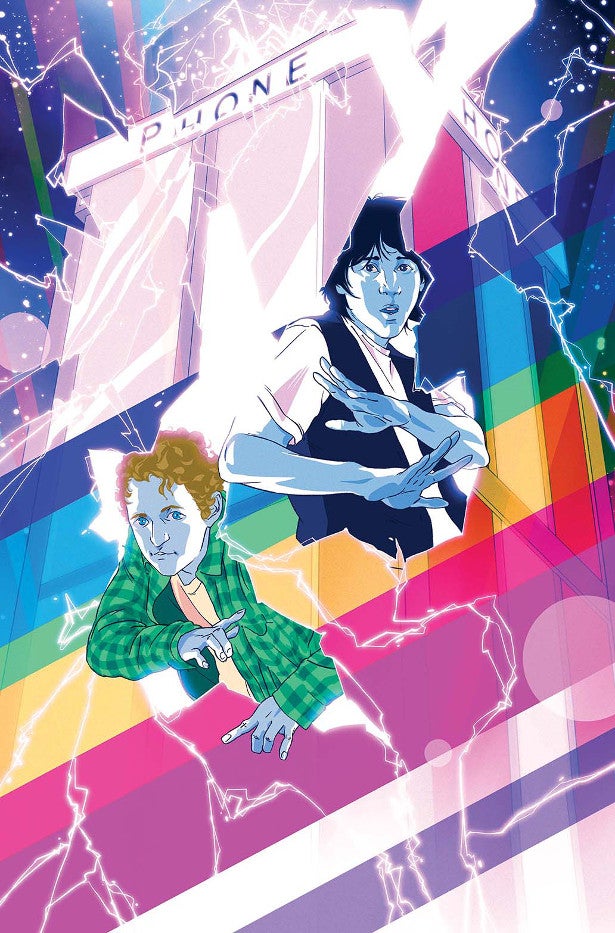 It is, as far as we can tell, unconnected to the planned, third Bill and Ted movie, but it does include the same general theme that the Wyld Stallyns have to start working toward their fate as musical cultural messiahs.

Bill and Ted have been featured in comics once before -- in the '90s, there was a Bogus Journey adaptation based on the screenplay rather than the finished film, and then a short-lived ongoing series at Marvel Comics. Both were from Milk and Cheese writer/artist Evan Dorkin, and have since been reprinted by Slave Labor Graphics, but have been out of print for years.

You can check out the solicitation information and full synopsis from BOOM! below.

WHY WE LOVE IT: Similar to our Big Trouble in Little China comics, we’re returning readers to one of our favorite—and most excellent—cult-classic properties with a new Bill & Ted adventure of epic proportions. And because we’re fans first, we’re making sure it’s something WE would read. Wyld Stallyns forever! 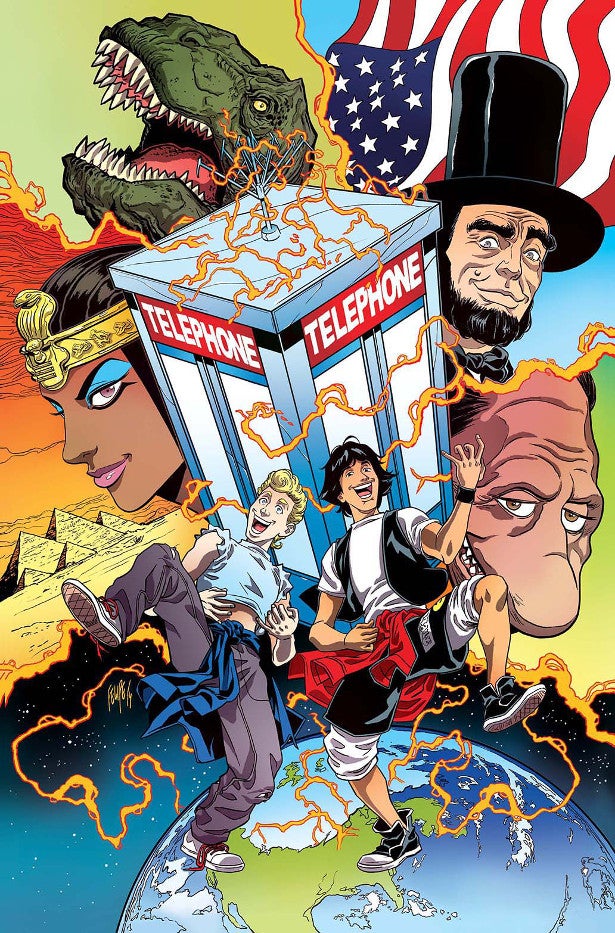 WHY YOU’LL LOVE IT: If you’re a fan of 1980s films, our comics will pick up where they left off—silly humor and likable characters mixed with some cool historical science fiction. Haven’t seen the Bill & Ted movies? Bogus! Still, if you like tongue-in-cheek humor books like Nextwave and our own Adventure Time series, then this is right up your alley!

WHAT IT’S ABOUT: Following the time-traveling historic epic of Excellent Adventure and the turbulent life and death of Bogus Journey, Bill and Ted must now fulfill their destiny as the inspiration for galactic harmony! How can someone hate the Wyld Stallyns as much as the evil Chuck De Nomolos? With the power of time travel, Bill and Ted set their sights on turning a young 27th-century Nomolos’ non-non-heinous attitude into something most outstanding and metal! Featuring a main story by Brian Lynch (Angel, the upcoming Minions movie) and Jerry Gaylord (Loki: Ragnarok and Roll), and a backup story by Ryan North (Adventure Time) and Ian McGinty (Bravest Warriors).

Bill & Ted's Most Triumphant Return Announced For 2015 From BOOM! Studios