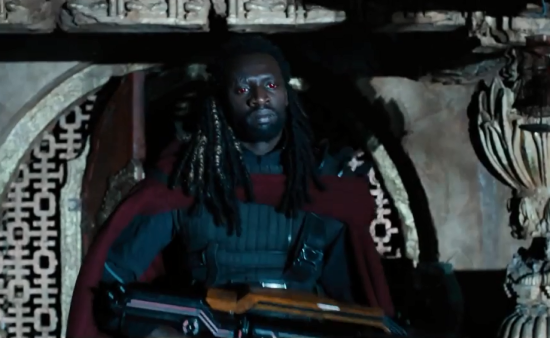 Bishop, an X-Men member created in 1991, will make his first appearance in a major motion picture this year with a look based in part on rapper and actor Busta Rhymes.

When Bishop makes his big-screen debut in May's X-Men: Days of Future Past, the character (played by Omar Sy) will sport dreadlocks, arguably much more in keeping with the post-apocalyptic world of the Days of Future Past future than the long, curly-haired look (sometimes called the "Jheri curl Bishop look by fans) that the character sported for years in the comics.

Given comics' tendency to create characters whose basic features are easy to draw and as timeless as they can manage (neither of these is always true, but it's a general rule), Bishop stands out as a character whose hairstyles have changed a number of times over the years, generally in the hopes of "updating" his look.

Part of it is likely that he was created in 1991 and was very much a product of the late '80s/early '90s era of the X-Men; part of it is that as a relatively new character, there isn't as much pushback to making changes to Bishop since he's not "iconic." For whatever reason, though, the character woke up one day with dreads, a look that will carry over to X-Men: Days of Future Past. 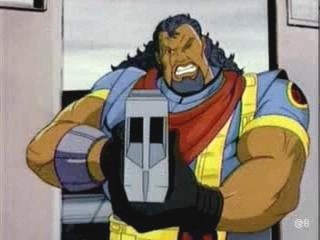 No, not THIS Days of Future past.[/caption]

The scarf seen above will also be modified into a kind of poncho, per the image at top and again more in keeping with the visual aesthetic of X-Men: Days of Future Past than the neckerchief look, which frankly always made it seem like he should be off solving mysteries with a Great Dane.

So...what's all this about Busta Rhymes, then?

It comes from Joe Harris, who wrote Bishop: The Last X-Man in 1999, the title which introduced Bishop's dreadlocked look, as seen in the upcoming film.

The writer brought it up on Facebook the other day, crediting the redesign to Superman: Birthright and Indestructible Hulk artist Leinil F. Yu and claiming that the new-look Bishop had been specifically based on Busta. Here's what he said:

I need to do some more confirming on this... but I was just reminded that Bishop (being played now by Omar Sy in the upcoming X-Men: Days of Future Past) first sported dreadlocks in our "Bishop: The Last X-Man" series way back.

I believe Leinil Yu did the redesign and remember him basing Bishop's hair (a departure from the original El DeBarge-style Whilce [Portacio] had introduced the character with) on Busta Rhymes.

Once again... you're welcome, America.

This sounded interesting enough to follow up on, so ComicBook.com reached out to Yu, who confirmed that version of events, but added that it was ultimately his editor (NOTE: that would be Jason Liebig, according to Harris; we originally reported that it was likely Mike Marts at the time, though possibly someone else was working directly with Yu) who encouraged it:

@russburlingame as per my editor's suggestion:) 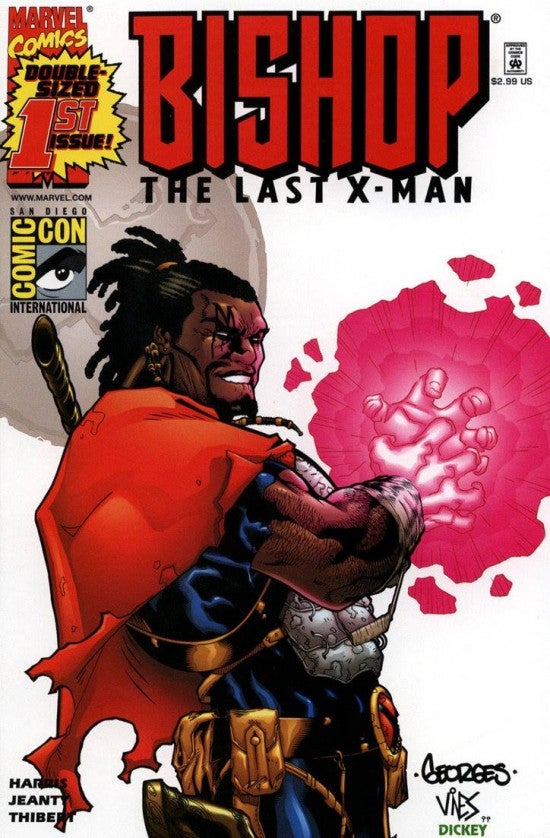 Bishop's X-Men: Days of Future Past Look Was Based on Busta Rhymes