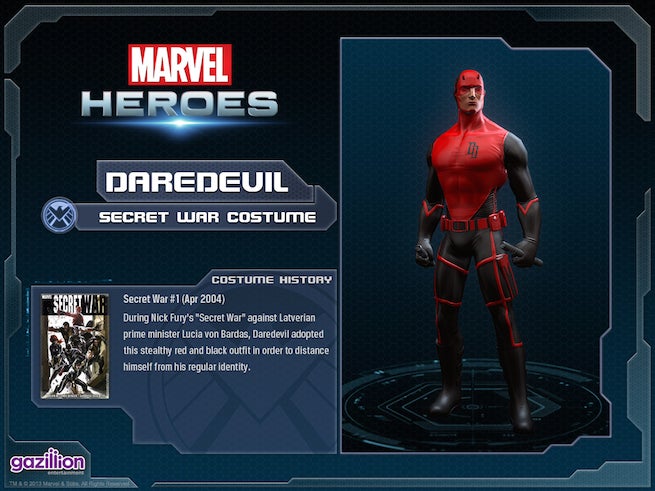 More details have emerged regarding the upcoming Netflix series, Daredevil.

Comic UI reports that the Man Without Fear will have at least one alternate costume when he goes into action against the Kingpin.

"The scene in question starts with the Kingpin ordering his goons to shoot Daredevil, and at the last minute Daredevil grabs a pipe on the ground and throws it, knocking the gun out of his hand,” according to one source on set. “The suit Daredevil was wearing is black with red and looked like a latex scuba suit. He also confirmed it also having red lines down it as highlights as well.”

The description is similar to the costume Daredevil wore during 2004’s Secret War.

As previously reported, Murdock will also be wearing a simple black uniform and mask also. The varying costumes would lend to the theme of Murdock’s evolution into The Man Without Fear. 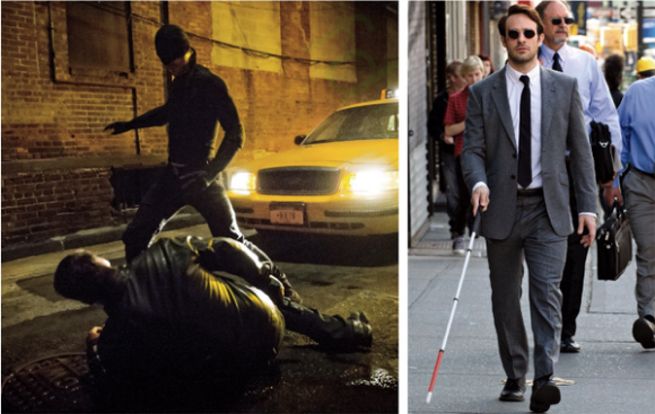