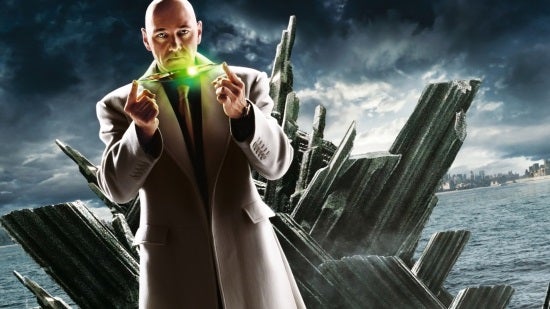 Kevin Spacey, the Academy Award-winning star of The Usual Suspects and American Beauty (...and Superman Returns, but we forgive him...), will star in the next installment of the best-selling Call of Duty combat game franchise. He'll be channeling his inner Sir Ben Kingsley from War, Inc. -- making a political philosophy out of outrage and declaring that "people don't want freedom -- they want boundaries, rules, protection..." The announcement was made via a trailer, embedded below, and then shared by Spacey via his official website. He will appear on The Today Show today in support of another project, and the game will almost certainly come up. Today, a documentary titled Now: In the Wings on a World Stage will be released, detailing the reteaming of Spacey with his American Beauty writer/director Sam Mendes (who is currently between James Bond films) for a stage production of Richard III.