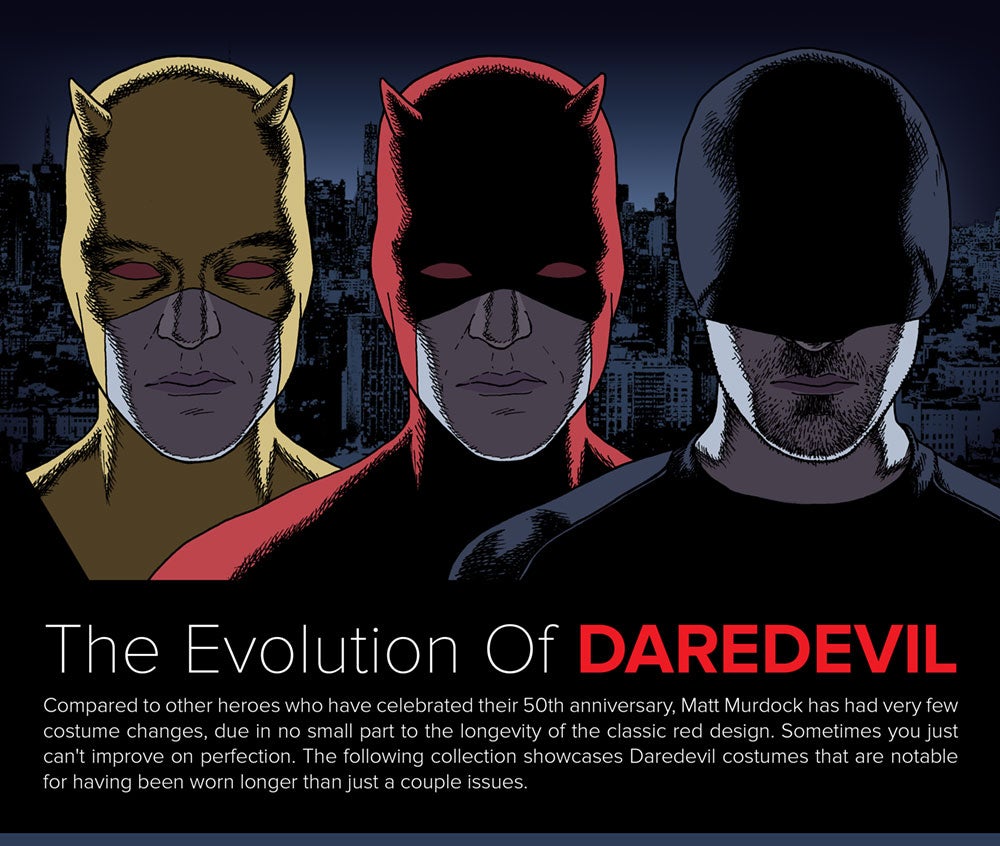 For a blind man, Daredevil has made a number of wardrobe tweaks throughout his career.

Granted, he's no Iron Man, but a new infographic from Shirts.com has shown just how many costumes Daredevil has cycled through in his 51-year career. According to the infographic, Daredevil has sported nine canonical costumes across comics, film, and television. But that's not even counting the various inter-dimensional looks Horn Head has sported in parallel Marvel universes. Say, whatever happened to Dark Devil anyway?

Check out the infographic, which is actually pretty informative, below. 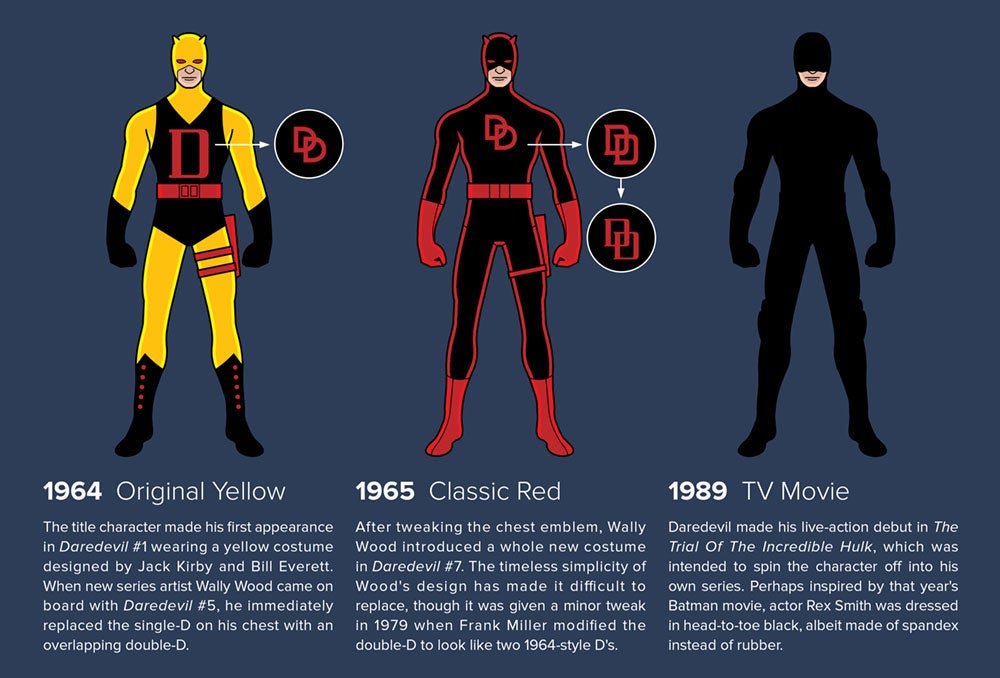 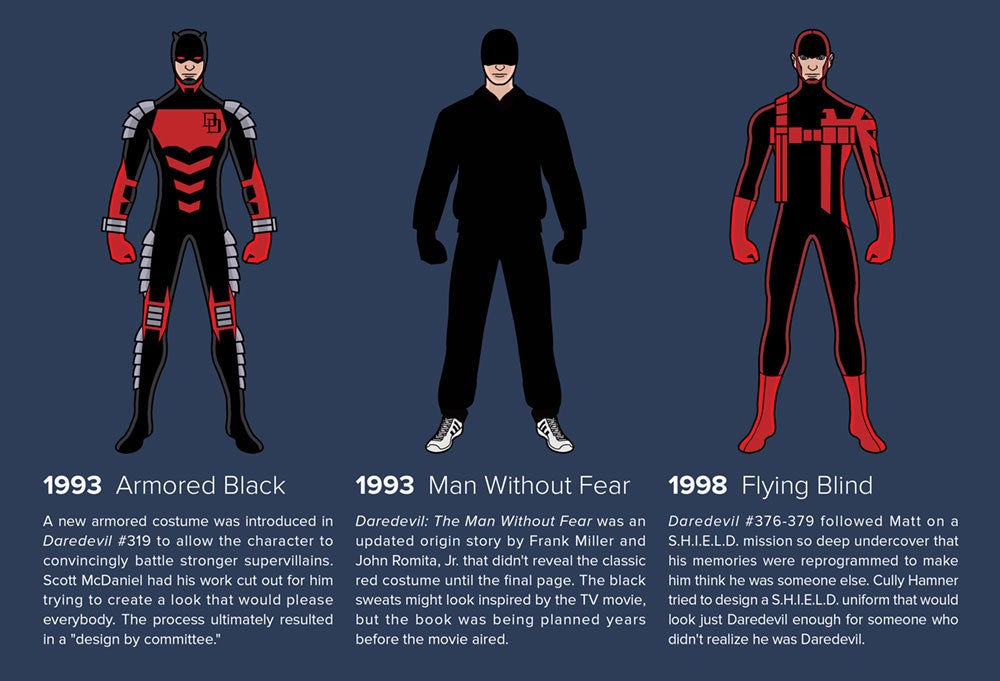 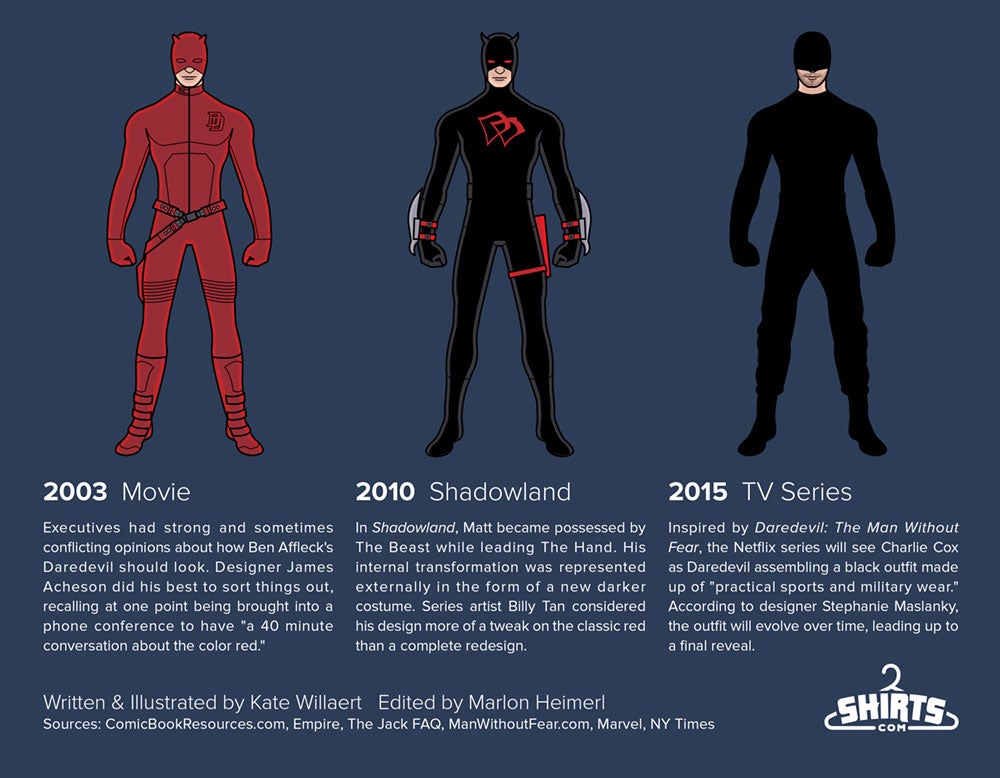 The latest visual interpretation of Daredevil hits on April 10, when Marvel Studios' Daredevil premieres on Netflix.

What's your favorite Daredevil costume? Let us know in the comments below!

See The Evolution Of Daredevil's Costume