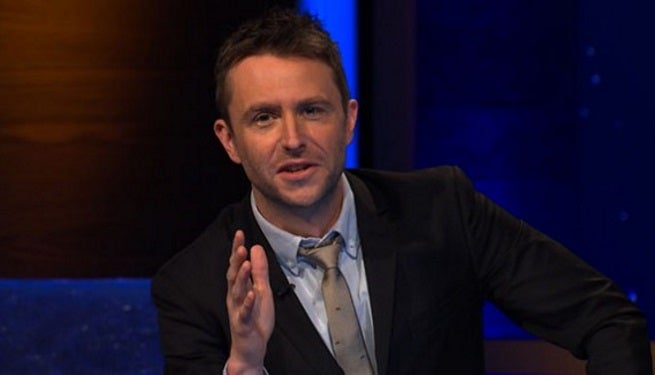 @midnight host and Nerdist Industries founder Chris Hardwick was a guest on Larry King Now. On the show, guest host Wil Wheaton grilled Hardwick with a series of intense questions.

Hardwick was forced to choose between DC and Marvel, and though he was hesitant to answer, he leaned Marvel. In the Batman vs. Superman debate, Hardwick went with Batman, who he described as a “tortured, sociopathic nerd.”

Hardwick also shared what it’s like to meet iconic celebrities like Harrison Ford and Ian McKellen at Comic-Con.

@midnight returns from hiatus tonight on Comedy Central. The full episode of Larry King Now featuring Chris Hardwick can be watched on Ora.tv.