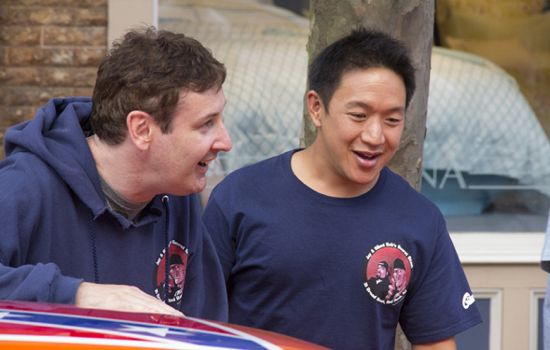 “The Dukes of Jersey” episode of Comic Book Men opens with Bryan asking Walt and Ming at what age they felt it was ok for kids to see an R-Rated movie. Ming reveals that his dad took him to see The Deer Hunter when he was only eight years old.

A seller brings a bunch of Dukes of Hazzard merchandise into the Secret Stash. The Secret Stash guys pick a couple items out that they are interested in buying. After some negotiating back and forth, the seller offers to take everyone for a ride in his General Lee car to close the deal. Walt agrees and everyone heads outside to go cruising in the General Lee.

A customer comes in the Secret Stash looking for a Mego USS Enterprise Playset. The customer reveals that he broke his cousin’s playset when he was six years old and wants to buy him a new one. After some negotiation, Walt agrees to sell the playset for $96.