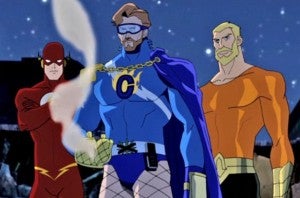 In addition to the newly-launched Men at Work and buying Cougar Town from ABC, TBS announced today that they will develop five new pilots for next season, including a comedy about alien invaders produced by Conan O'Brien's Conaco Productions, according to The Hollywood Reporter. In advance of their upfront presentation today, TBS described their upcoming pilot Zone Lord as "A sitcom centered on three roommates who awake one morning to discover an evil but very hip alien has moved into their building, along with his diminutive navigator. O'Brien, Ross and Kissinger will executive produce, with Ross Venokur involved as a co-EP and writer." No cast or start date was specified for the project. O'Brien, who re-upped his overall deal with Warner Brothers three months ago, is also developing a golf comedy for TBS, and will continue his late-night talk show for at least another two years.