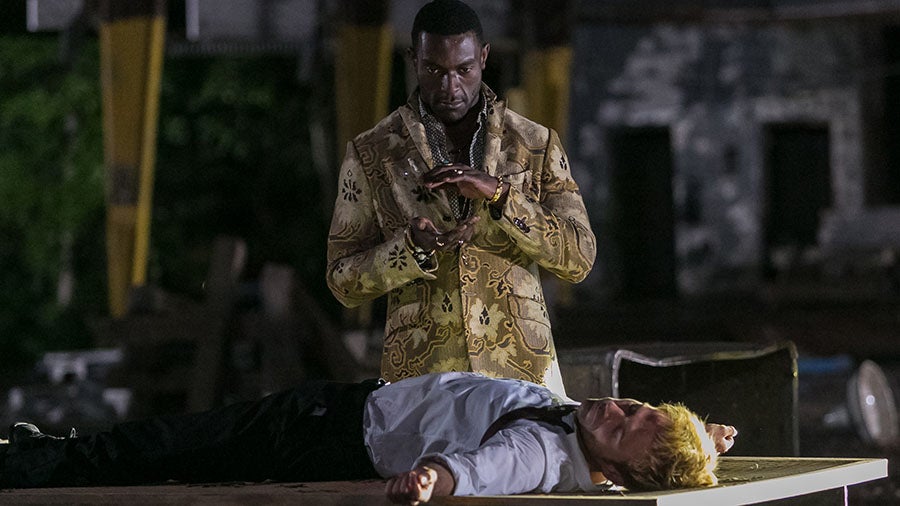 The writers and cast of Constantine discuss Friday's episode, The Devil's Vinyl, and the introduction of Papa Midnite.

In last night's episode, Constantine and Zed engage in a dangerous confrontation to save a woman and her family from sinister forces. John's efforts force him to confront the darkness in his own life – while also coming face to face with a new powerful adversary in Papa Midnite.

Based on the wildly popular comic book series Hellblazer from DC Comics, seasoned demon hunter and master of the occult John Constantine is armed with a ferocious knowledge of the dark arts and a wickedly naughty wit. He fights the good fight - or at least he did.

With his soul already damned to hell, he's decided to abandon his campaign against evil until a series of events thrusts him back into the fray, and he'll do whatever it takes to protect the innocent.

Constantine: The Devil's Vinyl Behind The Scenes Featurette