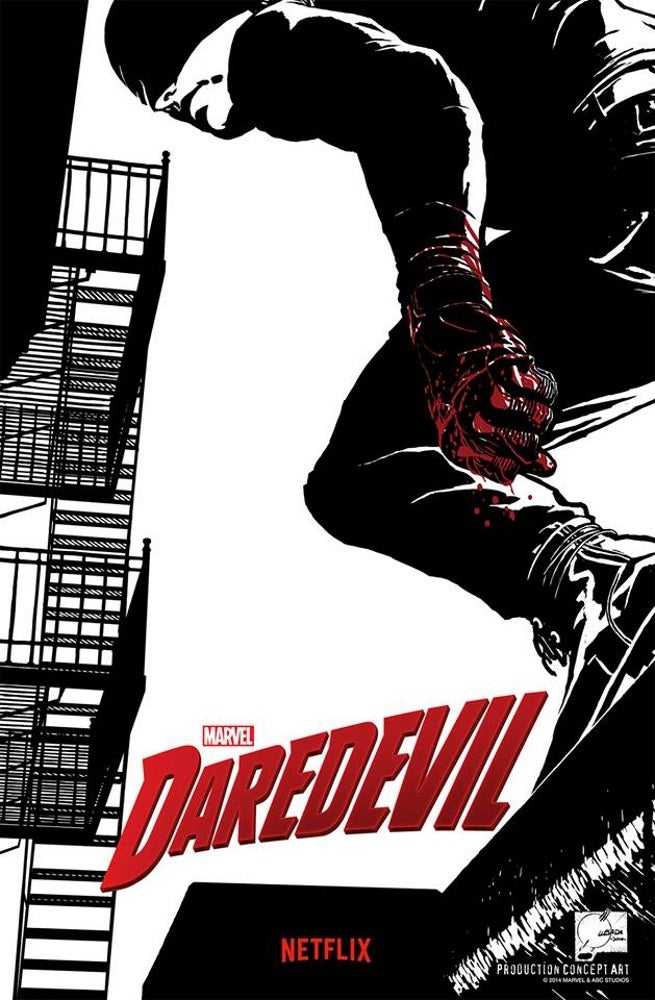 The poster gives us our first look at how Daredevil’s costume – or at least an early version of it, judging by it’s look – will appear in the new series.

Quesada is one of the most influential creators in Daredevil’s history, having edited the title as part of the Marvel Knights imprint, and illustrating Kevin Smith’s Daredevil story, and the Daredevil: Father miniseries.

Daredevil will premiere on Netflix in May 2015.