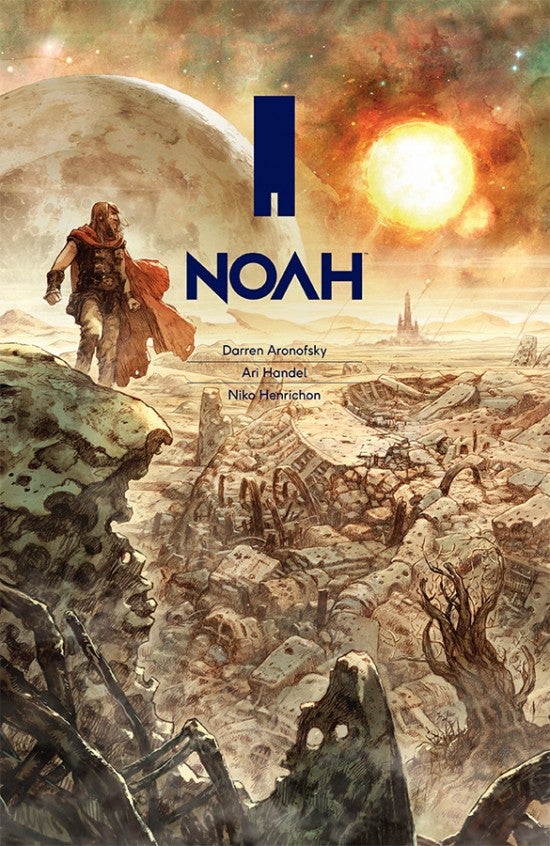 You can check out the pages, as well as solicitation information, below. The graphic novel, along with a pricey deluxe edition, will be released on March 19.

Noah is expected to be a big hit for Image in the Original Graphic Novel market, taking some marketshare not just in the direct market but selling pretty well in bookstores as well. In addition to having Aranofsky (who almost directed both Batman Begins and The Wolverine at various points) involved in bringing his vision of the film to the printed page, it's Niko Henrichon's first full-length sequential work since the best-selling and award-winning Pride of Baghdad, which he illustrated for writer Brian K. Vaughan. 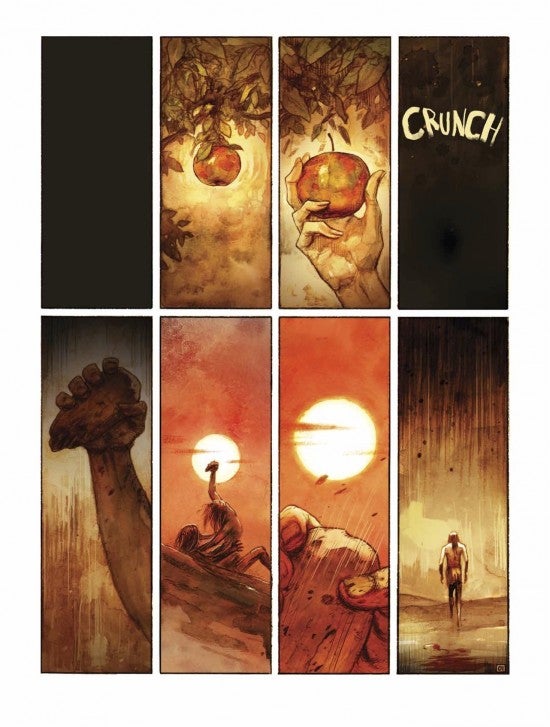 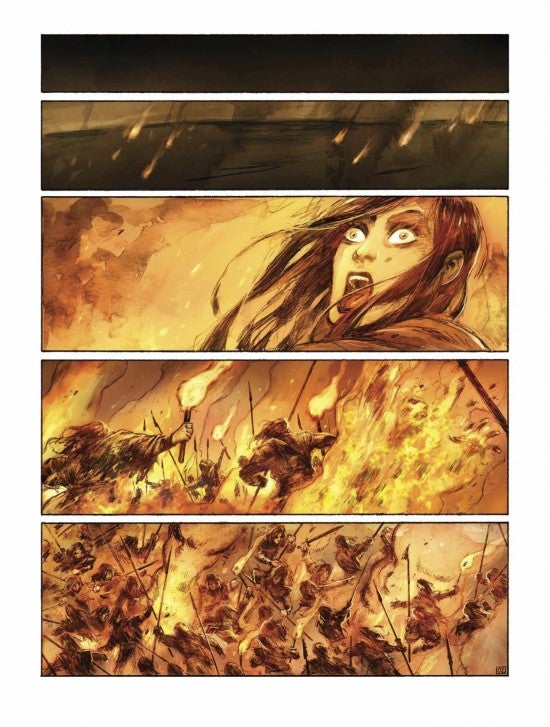 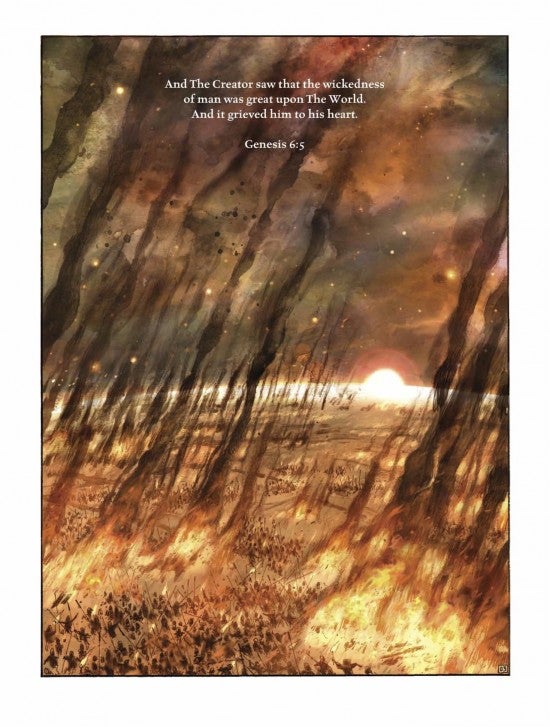 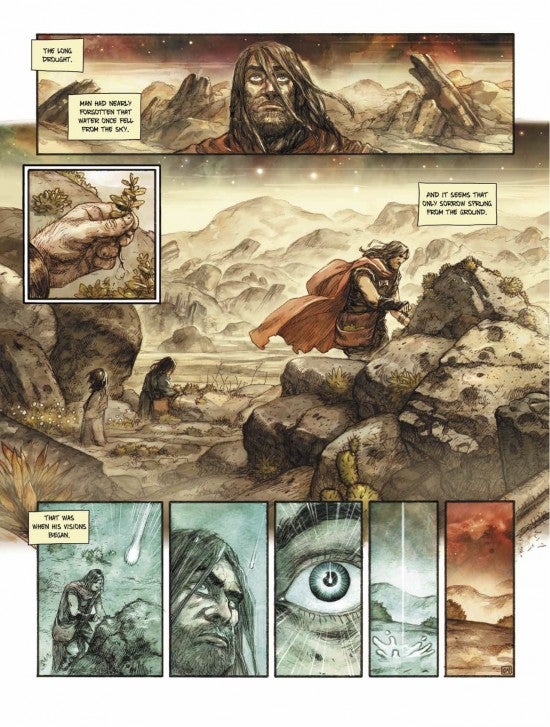 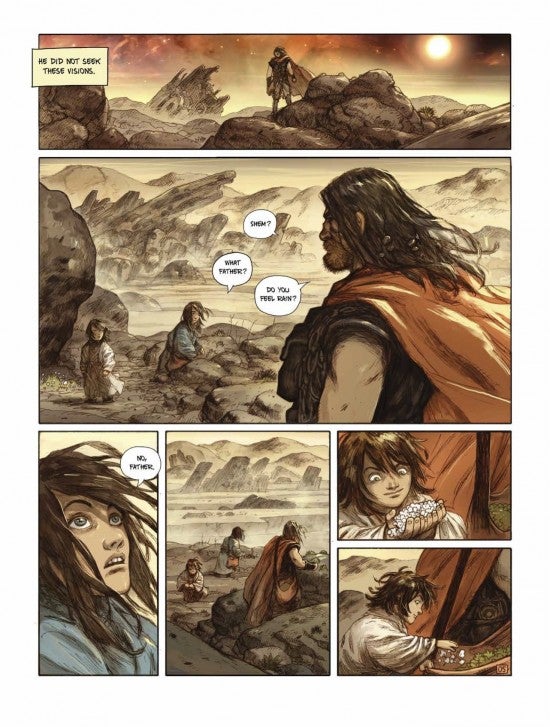 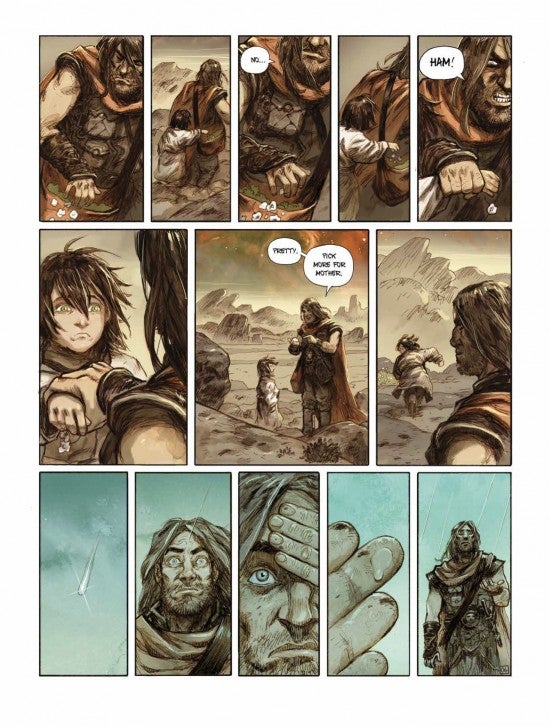 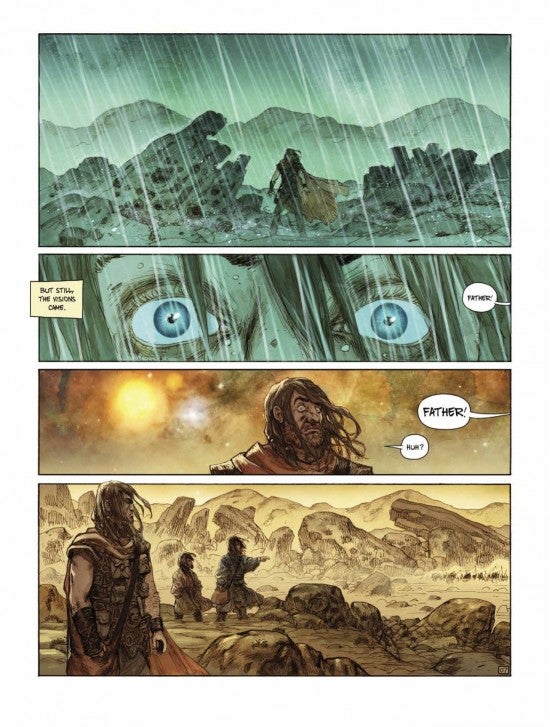 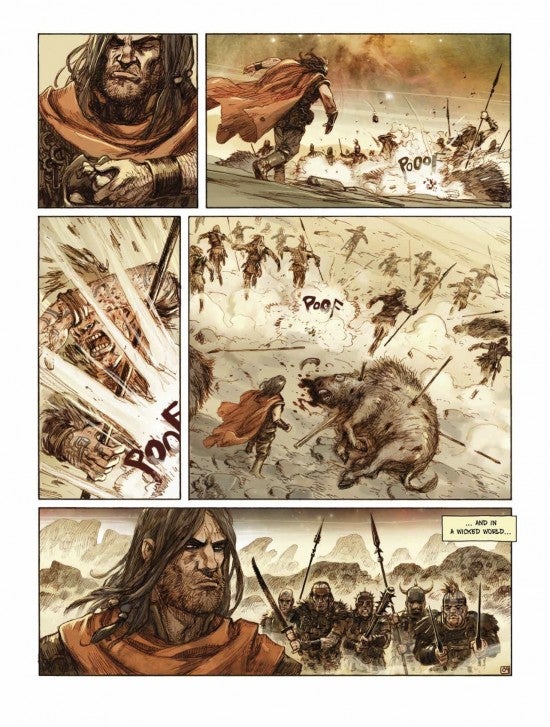 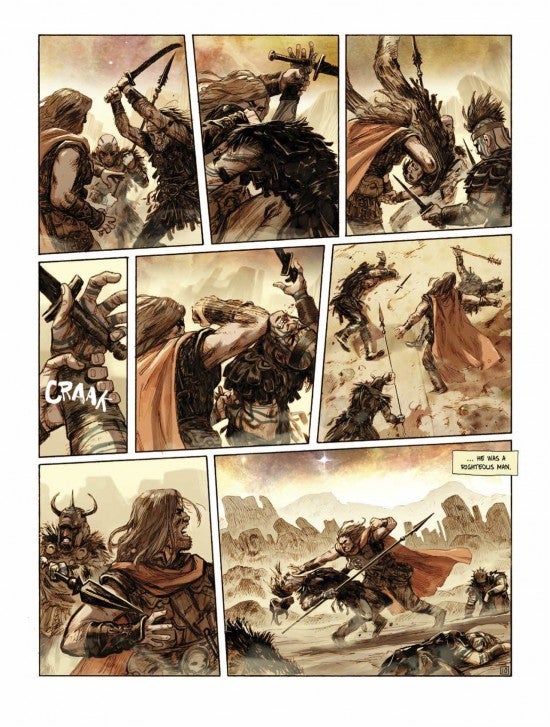 From acclaimed filmmaker DARREN ARONOFSKY (Black Swan, The Wrestler) and artist NIKO HENRICHON (Pride of Baghdad), NOAH is a fresh take on the biblical epic for the 21st Century. A fantastical world is about to be destroyed and one man is chosen to start a new one. As wicked forces try to take his Ark, Noah must hold his family together while they watch the annihilation of all they know. Infusing the Book of Genesis with fantasy and science fiction, NOAH both reinvents the elements of the Flood story everyone knows and simultaneously takes the reader beyond them and into the unexpected.