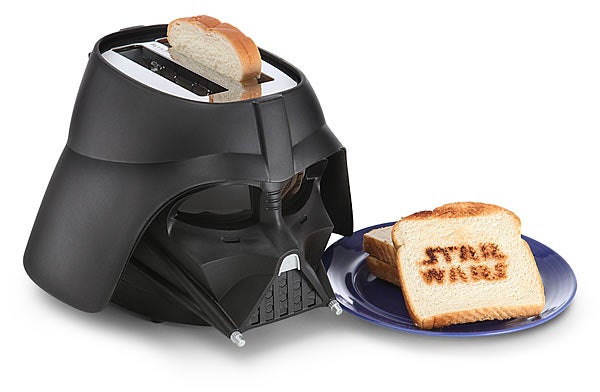 Everyone, stop. The biggest piece of Star Wars release new this year isn't The Force Awakens, the upcoming spin-off film, or the Marvel Comics series—it's this Darth Vader toaster.

The toaster can toast two slices at a time, and also boasts a reheat, defrost, and quick stop function. Those first two features were probably quite handy during the battle of Hoth. 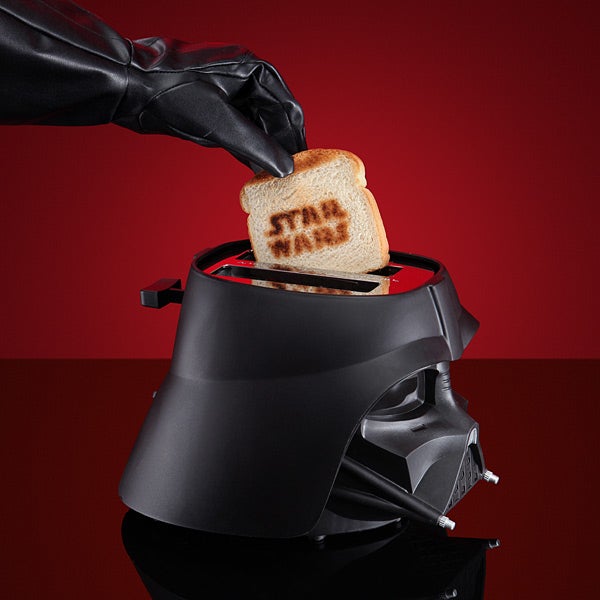 The asking price of $50 dollar is a bit steep, but think of it this way: With this toaster, no one will ever want to eat out for breakfast again. And until Lightsabers are invented, it's any fans best hope at preparing breakfast like a Sith Lord.