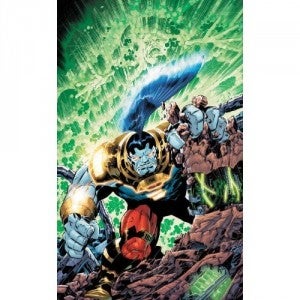 When it was announced that several of DC Comics's New 52 titles would be canceled following the release of their eighth issues in April, some fans wondered whether the collected editions previously solicited for 2012 would be altered to include the final issues of those titles, or whether their favorite canceled books would never see the inside of a bookstore, relegated instead to digital single issues. Well, yesterday DC gave us the answer; on their blog, The Source, the publisher released an "updated" list of the first wave of New 52 collected editions, including slightly longer volumes to accommodate including the complete run of O.M.A.C., Hawk & Dove, Mr. Terrific, Static Shock, Men of War and Blackhawks. Check out DC's list at the link above, although at first glance it doesn't appear to have any other notable changes.