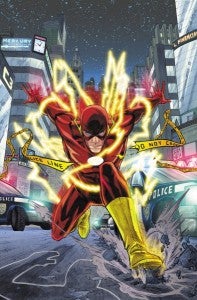 But will the two be one and the same?

So far, it looks like even they aren't totally sure.

"We haven’t had those discussions yet, as far as that goes," The CW's Mark Pedowitz told Collider. "[Crossing over with the films] could probably could happen, but they may exist in separate universes. I don’t know yet."

DC's Cinematic Universe Might Cross Over With Arrow, The Flash