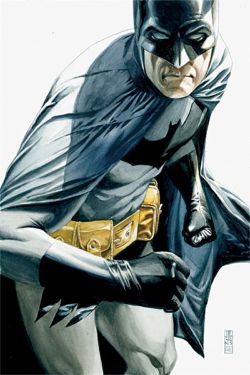 Bruce Wayne's mission to avenge the death of his parents came to an end in the latest issue of Final Crisis. Batman's death has been hinted at for several months. In the issue-spanning story arc entitled Batman: R.I.P, the Dark Knight's death had been foreshadowed when a helicopter carrying Batman crashed, leaving his fate in doubt. Instead of allowing him to die in one of his own titles, however, DC Comics made Batman's death official in its epic mini-series, Final Crisis.

Crisis' sixth issue, released on January 14th, saw the Caped Crusader die at the hands of Darkseid, an evil god-like alien from the planet Apokolips. During an attempt to stop Darkseid from conquering earth, Batman is murdered by the villain's ability to incinerate his victims with energy beams, called the Omega Effect, which shoot from his eyes. At the end of the issue, Batman's charred body is shown being carried by his close friend, Superman.

Superheroes have traditionally been killed off in a marketing ploy to increase sales. Those sales in turn result in the character being returned to life several issues later. The most widely known example of this occurred in 1992, when DC Comics killed off its franchise hero, Superman. After massive sales and a storyline that included several new superheroes battling for the title of Superman, the real Man of Steel returned a year later.

DC plans to have a variety of superheroes battle for the right to become the next Caped Crusader. In the upcoming miniseries, Battle For The Cowl, several of Bruce Wayne's wards who've operated as Batman's famed sidekick, Robin, will fight to become the new Batman. One of these Robins also tasted death once, only to return from the dead years later. A variety of other heroes and villains will also compete to replace Bruce Wayne as Batman.

The character of Bruce Wayne hasn't totally been removed from DC Comics. Bruce's Batman continues to live in the pages of All-Star Batman and Robin, The Boy Wonder, and the children's title, Super Friends. The next Batman film and Cartoon Network's Batman: The Brave and The Bold also feature the billionaire playboy.

Just how long before Bruce Wayne returns from the dead a la Superman is unclear. When Marvel's beloved Captain America was killed off in 2007 and replaced with one of the hero's partners, many fans cried foul. Over time, fans have warmed to the new Captain America. Fans of Batman will get their chance to see if the new Caped Crusader can live up to the expectations of his predecessor with issue #1 of Battle For The Cowl hitting newsstands in March 2009.