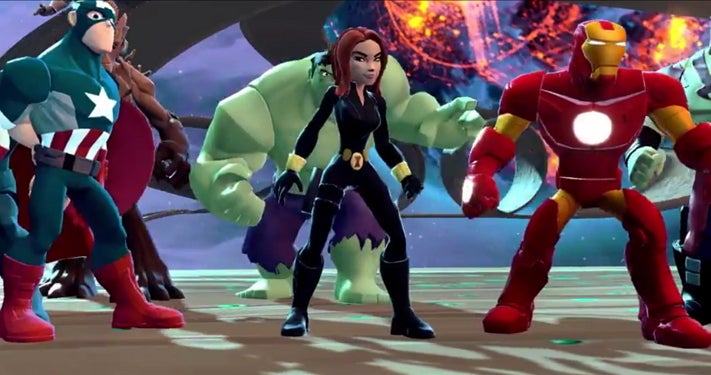 Disney Infinity (2.0 Edition) is now available globally for players to download for free. The free game gives players access to demo versions of Marvels' The Avengers, Spider-Man and Guardians of the Galaxy Play Sets and Toy Box 2.0. The Toy Box 2.0 mode also features cross-platform connectivity, allowing players to create, edit and share their Toy Box creations between console and PC.

Players can partake in Daily Challenges, randomly generated levels that can be played with any available character. The game will feature a rotating set of three free characters to play as, and players who own Disney Infinity: Marvel Super Heroes or the original Disney Infinity can use the web code cards included with physical retail Play Sets and character figures to unlock those Play Sets and characters in the PC game. More than 45 Disney and Marvel characters from both games are now playable.

The games' cross-platform connectivity will grow to also include the upcoming app for iOS, which is launching soon. In-game currency, known as Sparks, can be earned once challenges are completed and can be used to purchase new toys, costumes and upgrades.

Additionally, the PC version introduces a new Friend Recruitment program. Players can send invitation requests to friends, and if their friend accepts and plays for a certain amount of time, a free character will be unlocked for use in-game for the person sending the invite.

Digital Starter Packs and other content can be purchased separately to enhance the gameplay experience. As new characters become available at retail, they will also become available digitally in the PC Shop.

Players who download the free game for the first time on PC will receive various starter toys and access to a rotating roster of playable characters, Daily Challenges and demo versions of the Marvel Play Sets and Toy Box 2.0 mode.

·         Assault on Asgard - Stop Loki and his army of Frost Giants from destroying Asgard and taking over Odin's Palace in this replayable Toy Box Game.

·         Escape from the Kyln - Battle ferocious inmates to escape from an intergalactic prison station, before Ronan the Accuser finds you in this replayable Toy Box Game.