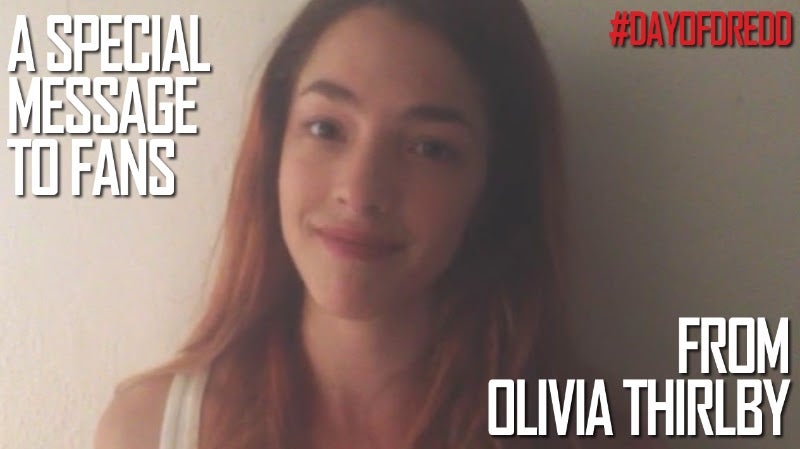 Today is the day that a group of Internet fans have declared a "Day of Dredd," streaming the movie on Netflix and Amazon, purchasing copies, cosplaying, doing group viewings and more with an eye toward generating buzz and convincing Hollywood that the cult favorite has sequel potential.

The movie, Hollywood's second and easily superior attempt at adapting 2000 AD's Judge Dredd to the big screen, stagnated at the box office when it was released in late 2012 but built a fiercely devoted fan base who have been using the Internet to try and force a sequel since the film was released. The film's star, Karl Urban, has previously recorded a message for the Make a Dredd Sequel Facebook page, which is attached to a petition with around 13,000 signatures on it.

Today it's Urban's co-star, Olivia Thirlby, who has sent the fans a message, thanking them for their support.

"It means everything," she says in the video embedded below. "Thank you so much for the petition that you made to try to get us a sequel. To everyone who's signed it, thank you so much. If you haven't signed it yet, please go do it, because we really want to bring you aDredd 2."

Urban has frequently said during public appearances and at comic book conventions that he believes a sequel can be made, and that they're still working dilligently behind the scenes to realize fans' hopes. Some of the film's producers have been somewhat less enthusiastic, noting distribution and rights issues that could gum up the works even if the film were to obtain funding.

The petition's hosts did a Day of Dredd last year as well, and catapulted the film to the top of sales and rental charts around the globe. This year's fiscal footprint for the movie has yet to be measured, but social media activity is reportedly heavier than it was last year on the #DayofDredd hashtag.