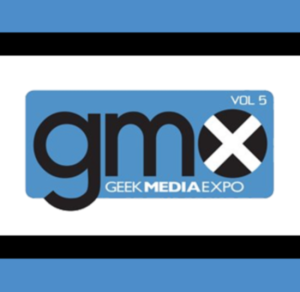 Last weekend, at the Geek Media Expo, a creator Q&A session was held with Eric Powll (The Goon, Chimichanga), Marv Wolfman (Tomb of Dracula, The New Teen Titans), and Scott Christian Sava (The Dreamland Chronicles, Spider-Man: Quality of Life) discussing the comics industry's past, present and future. A fan asked what each creator's favorite character they had created was.

Marv Wolfman: “Its impossible to say when you've created a whole bunch that you like for different reasons...I can't go between 'Do I like Blade better than Bullseye, or Black Cat better than Raven, or Raven better than Nightwing, or Deathstroke or whatever else that I've done because they've all served different purposes. You can say what the most successful ones are, but that doesn't necessarily mean they're my favorite ones...its really hard to do that.”

Eric Powell: “You have to like something about a character or else you wouldn't put them in there. I guess my favorite would be The Goon, just because I was successful off of it, but also I like the Goon because I can have a silent panel and I'll know what's going on in his head right there. Its that kind of stuff that I like the character for. Also, I did an all ages comic called Chimichanga and I really like Lula in that for the exact opposite of the Goon, where the Goon is dark, brooding and everything and kind of a mean-spirited comic, Chimichanga is the opposite of that. Its this little girl and she's completely positive at all times, just a really spunky, sassy kid.”

Scott Christian Sava: “I think Nastajia, the elf princess...My original impetus for the story was 'what happened to Little Nemo when he grew up.' Did he meet up with the princess? Did they fall in love? So, I fashioned my princess, when I had to start thinking about her, on Dejah Thoris from John Carter of Mars. So she was strong, and she was powerful but when I started actually writing the story there was a good eight year period of time where he wasn't dreaming. He's coming back to this land and she thought he was dead. Then, all of a sudden, she just started to come to life on her own. Now, I have stacks and stacks of thank you letters from girls who love this strong, powerful, emotional and flawed character and she really came by accident, she become her own person and I had nothing to do with it. I'm proud of her because its almost like she's a self-made woman and I had nothing to do with that.”

Another fan asked why they chose to work in comics and not some other medium.

Scott Christian Sava: “I grew up on comics, I think all of can say we grew up on comics, so that was the obvious choice. When I was doing animation, and your working in film, there's hundreds of people to tell one story and one thing I really like about comics is you have complete creative control, especially when you're self-publishing. Its a visual medium and there's literary merit to it, and if you do it independently there's no other hands in it, so you can look at it and say, for better or for worse, I did it all.”

Marv Wolfman: “I have no other discernible talents. It was either comic books or shovel stuff in the street (laughs). I love comics, I love telling stories visually. I started as an artist, and I actually have a degree in teaching art, and I realized that what I wanted to do was write stories for me to draw. Then I discovered that I was not that good of an artist. I couldn't get what was in my head onto paper, but everyone kept saying that my stories were really good, so I moved much more into the writing side and discovered that I had far more control over the final product. I just love telling stories that are visual and written at the same time.”

Eric Powell: “When I was a kid I was constantly drawing in notepads and writing little prose stories to go along with it. I was into comics and then became a teenager and I was 'too cool' for that kind of thing. I rediscovered comics in junior high and I was like 'wow, this is what I should be doing. This is what I'm doing now as a hobby.' From then on, that's all I wanted to do, just do my own stories. You don't have that kind of freedom doing anything else.

A fan asked if the creators felt the industry was moving more towards small press.

Eric Powell: “I think with Kickstarter and how easy it is to publish stuff nowadays, and digital becoming so prominent, I think the larger publishers of everything should take note because its definitely swinging that way.”

Marv Wolfman: “The Internet has leveled the playing field in that DC and Marvel and Archie and Dark Horse and IDW and any of the others don't have more space on the Internet than Joe Blow from Cleveland...What's going to happen is the DCs and Marvels, like most companies, are going to be concentrating on their major characters – and their great characters, I love writing those characters, so this is not a put down in the slightest. Individual people are going to concentrate on the kind of stories that they love, and that's why right now we're at the beginning of a new Golden Age for comics that's really based on quality and difference of vision. We're seeing more different types of comics today than ever before in the history of comics...We're going to see superhero stuff that gets kids involved...and then they can graduate to other stuff.”

Scott Christian Sava: “I say hogwash. I'm a doomsayer and I think comics are going down. I think Marvel and DC are shooting themselves in the foot by not bringing in newer audiences. Marv is right, ten year's ago, when I had my kids, I couldn't find any comics for them so I started writing one myself. Everyone who is serious about writing is trying deconstruct the superhero and they're writing for fanboys and I don't think, as a whole, that the industry is looking at it with any kind of direction. You have to appeal to woman, to children, to so many different genders, races, everything else that isn't being appealed to...I just don't think comics are appealing to a broad enough spectrum to stay alive, if it wasn't for the films.”

Eric Powell: “I ranted, and I continue to rant against DC and Marvel, not because of their product so much as the focus that the entire industry gives to them and doesn't focus on new product and new creators. No one goes and sees a film just because its made by Paramount, but comic shops will only stock books if they're published by Marvel and DC. I was really negative about it, but recently I've started to get more positive, and if I'm getting positive there must be something going on because I'm the most negative person I know (laughs). From when I started making comics, I'd say there's a 90% increase in women making comics, and I think if a demographic is making comics they're going to appeal to that demographic. You see a wider demographic at conventions now, and conventions are booming...I agree with what Will Eisner said, 'Comics will never die.' In some form, they're going to continue to be made because people like making them and people like reading them, even if it shrinks, there will still be comics in some form.”