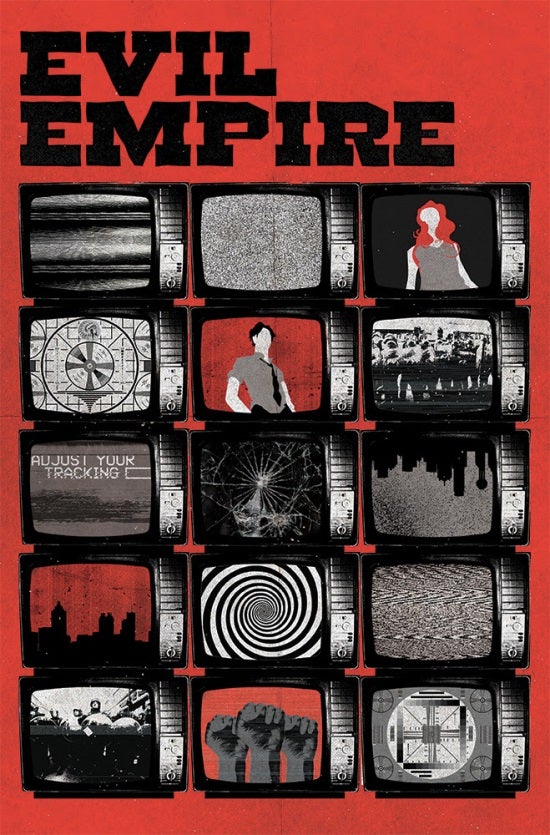 BOOM! Studios has announced that Evil Empire #1, the debut issue of the new series from Say Anything front man Max Bemis (Polarity) and artist Ransom Getty (Guarding the Globe) has sold out at the distributor level. The issue is being sent back to press for a second printing. "The response to Evil Empire #1 has been everything we could have hoped for," said BOOM! Studios Editor-in-Chief Matt Gagnon. "It's so gratifying to find that readers see what we originally saw in Max's dark, thoughtful story about a society on the brink." Evil Empire puts a unique spin on the trope of the evil empire, which should be familiar to anyone who has ever seen Star Wars. Where most fiction just assumes the existence of the an evil empire as a villainous force for the story's hero to fight, Bemis brings Evil Empire readers, instead, to a familiar world to try to understand how such an empire could form in the first place, and why citizens of that society might welcome it. Told through the perspective of an underground rapper named Reese, Max Bemis' gripping story explores a scenario in which we watch modern society gradually evolve (or is it devolve?) into an evil empire. The second printing of Evil Empire #1 is expected to hit stands Marc 24.

Evil Empire #1 Sells Out And Goes Back To Press