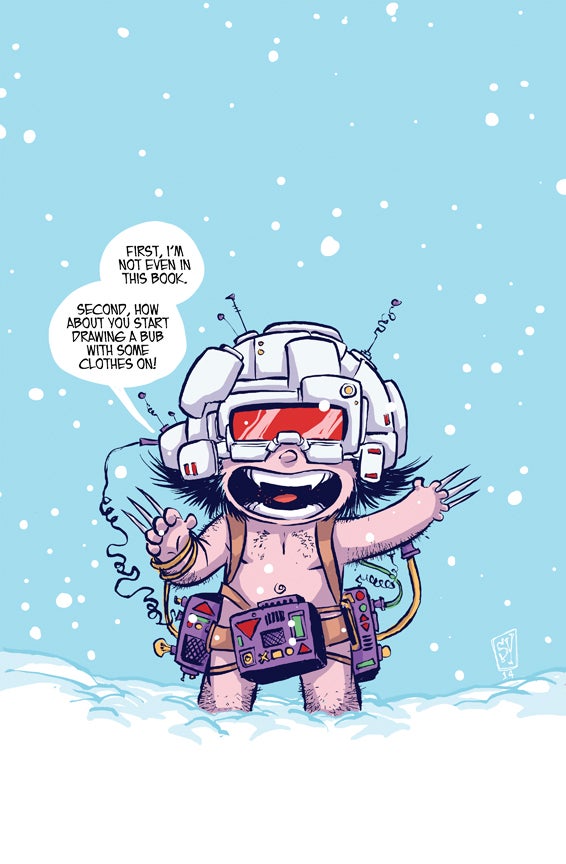 Marvel has provided Comicbook.com with an exclusive look at Skottie Young's variant cover of Death of Wolverine: The Weapon X Program #1. Readers know the Young drill by now. Take an itty-bitty version of the featured Marvel character, put him or her in a humorous situation, and have said character provide a form of meta-commentary on themselves, Marvel, or the entire comics industry.

This one is no different. What is surprising, however, is that this isn't the first time Skottie Young has drawn a cover of Logan in the nude. That would be his variant to last year's variant to Origin II #1. But hey, at least this one has electronic apparatus for clothing. 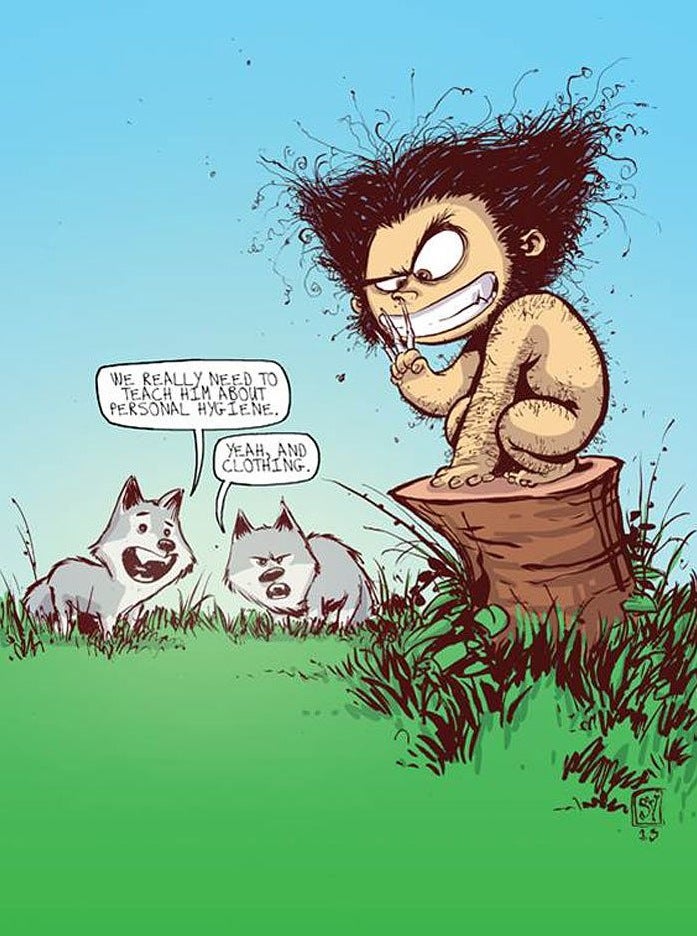 Exclusive: Logan Strips Down In Skottie Young Variant To Death Of Wolverine: The Weapon X Program #1