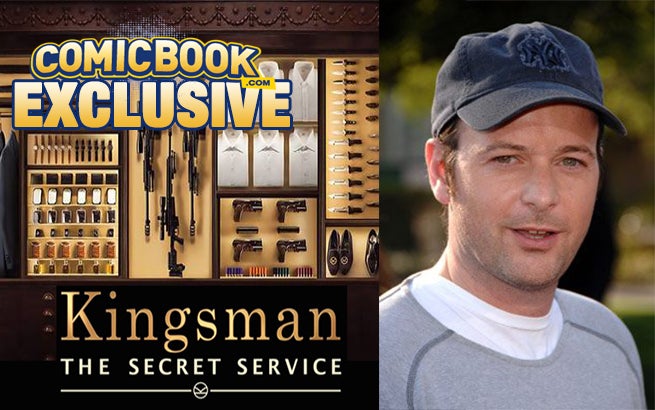 With the release of Kingsman: The Secret Service less than 2 weeks away, ComicBook.com got a chance to talk exclusively with the film's director, Matthew Vaughn. Vaughn's resume to date includes X-Men: First Class, Kick-Ass, and Stardust, among others.

Kingsman: The Secret Service can be this self-aware satirical film at times and then at other times it can be this serious movie where you're really rooting for the Kingsman to save the world. It walks a dangerous line of committing too much to one or the other, but it doesn't. It balances them both very well. How did you manage that balance?

I can tell you: with great difficulty. It was incredibly hard to pull it off. We spent a lot of time editing and with each scene we could dial it up. We could make it more fun, we could make it more serious. The music is very important. We did a cut which we tested and people were like, "we don't understand what this is, the tone is all over the place." And at that time we didn't have any score and when you put temp score you can only pick happy music or sad music but when the studios sees it, they're like, "it's too this," or "it's too that," and I was like, "no, it's because I haven't scored it yet!" The score will tell the audience what to feel and highlight what they're feeling during that scene. The music was vital to get right to keep the balance between the tones on track.

A lot of the action sequences seem like one continuous take and the cinematography is so unique. The choreography for the entire cast and crew must have been very intense. How did you pull off those unique action sequences?

I was lucky to have a fantastic executive director called Brad Allen who I let off a leash and said "let's sit down there and be brave." I said I want the church sequence to feel like a ballet- like a very beautifully choreographed ballet where you're mesmerized by what you're seeing and not disgusted. We didn't do it all in one take, there's a few tricks in there to make it look like one take. It was very much about… I think so much action is close-ups and quick cutting and you've got not idea who's doing what to who and I thought let's just make it a well-choreographed thing of beauty, in a weird sense.

Do you think there's any chance of a sequel?

If the public buy the tickets, I will do a sequel. It's not up to me. If it's a big hit, I would love to do a sequel. Really, ironically, if you think about… This movie is an origin story of Eggsy. The next movie will be the true modern day gentleman spy. I think it will be amazing to watch Eggsy go off and be a spy from beginning to the end of a movie.

Taron was phenomenal. I was honestly worried you guys were going to kill Eggsy off! You didn't pull any punches.

How was working with Mark Millar? This isn't the first time you've worked together.

Mark and I fell in love with movies at the same time. We're the same age so we both saw Star Wars, Superman, Indiana Jones, you know? Raider of the Lost Ark. And then in the 80s we were watching the same videos three or four times a day. We grew up in that style of filmmaking and what we're doing is recreating that in a modern manner.

Vaughn also revealed that he would be interested in taking on Star Wars or Indiana Jones, given the opportunity.

Kingsman: The Secret Service releases in the U.S. on February 13. Are you going to go watch?