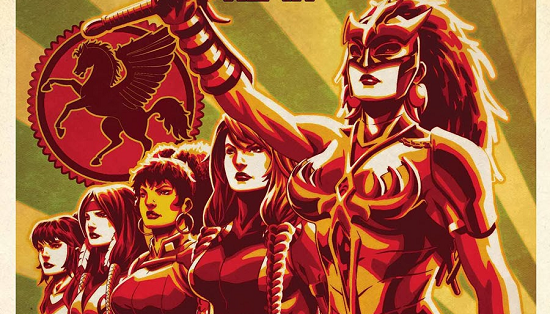 As many suspected after the series was missing from Marvel's January solicitations when they were released yesterday, Fearless Defenders will end with December's #12. The title, which featured an all-female team led by Valkyrie, has an enthusiastic fan following and has generally received strong reviews but, like most series that try to tell their own story rather than tying into the ongoing soap opera of The Avengers or the Justice League, it's struggled to find a niche in today's comics market. Its cancellation was acknowledged by Marvel Executive Editor Tom Brevoort on social media, and series artist Will Sliney made some remarks on his personal blog: 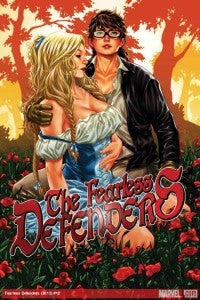 "It's a sad day today as it has been announced that Fearless Defenders will be coming to an end with issue 12. It's especially sad because of the outpouring of love the book received at New York Comic Con. With so many fans telling us how they love the book. But even with the news, I refuse to be downtrodden because I truely believe we created something that we can be proud of," Sliney wrote. "Fearless Defenders will be looked back upon in ten years as so many peoples first and favourite book. I think it opened up a world of comics to a lot of people and the proof was in how many fans told me last weekend that it was their first ever comic book." Given the value of the "Defenders" brand to Marvel and the current flurry of All-New Marvel Now activity, don't be too surprised if an announcement of an All-New Defenders #1 hits next month for February's solicitations, along with the expected Fantastic Four relaunch. DC recently cancelled both Justice League of America's Vibe and Katana in this way, as well: simply by not soliciting the first issue they intended not to publish. Typically, publishers try to include "Final Issue" in the solicitation text of the final issue so as to alert retailers and fans to order accordingly, but in recent months that tradition has been ignored more and more often.

Fearless Defenders to End With December's #12