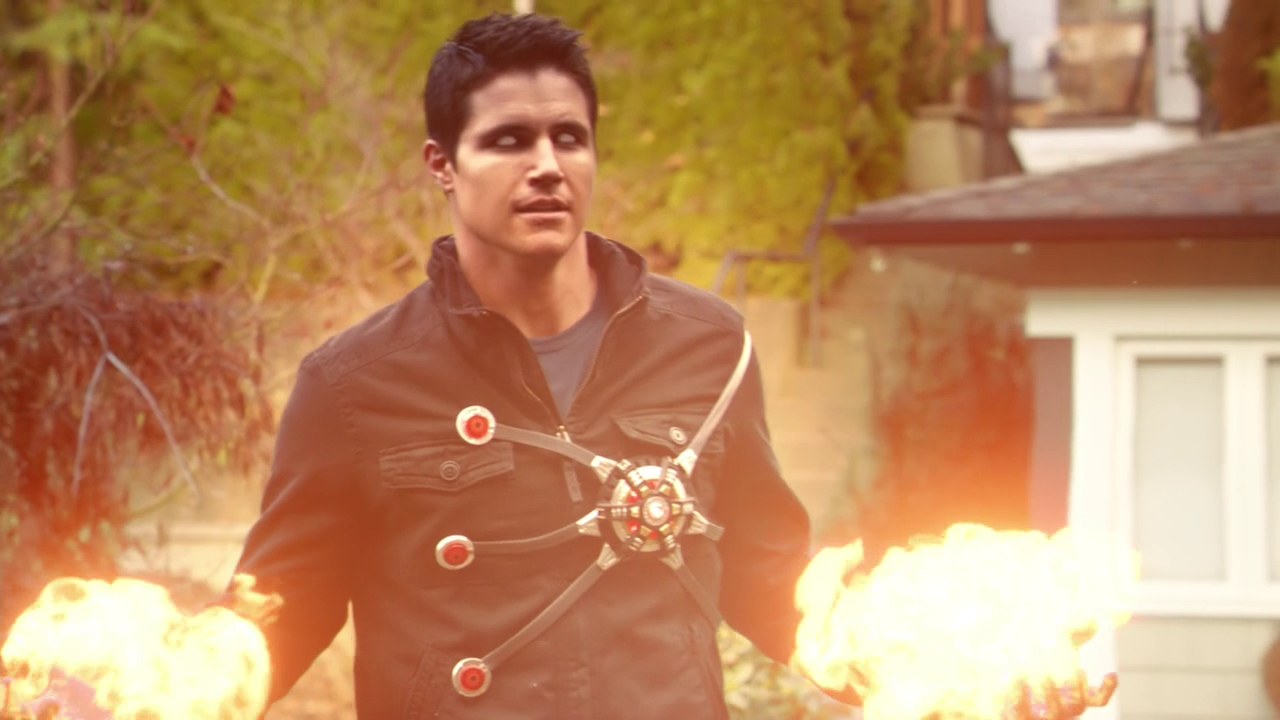 Before DC Comics' Firestorm stars in the upcoming Legends of Tomorrow series, he's going to light up the season two premiere of The Flash.

According to Victor Garber, who plays one-half of the Firestorm matrix as Professor Martin Stein, Firestorm will make an appearance during The Flash's second season debut.

"Robbie and I will be joined on the first episode of the (next) season of The Flash, and then we'll see what happens," Garber said, referring to fellow actor Robbie Amell, who plays Firestorm's other half as Ronnie Raymond. Afterwards, the two will go their separate ways as Garber will star without Amell in the upcoming Legends of Tomorrow ensemble series. However, Amell's Ronnie is expected to make the occasional appearance.

But how can Stein work and operate without his younger half on Legends of Tomorrow? Garber says that viewers will have to watch upcoming episodes of The Flash and Arrow--which set up the third DC Universe TV series--for answers.

Are you excited to see Firestorm appear on the Flash's second season premiere? Bummed that only Professor Stein will star in Legends of Tomorrow? Sound off in the comments.

The Flash's second season premieres this fall on the CW, while Legends of Tomorrow is expected to premiere in early 2016.

The Flash Deleted Scene Could Have Teased a Major Villain's Debut