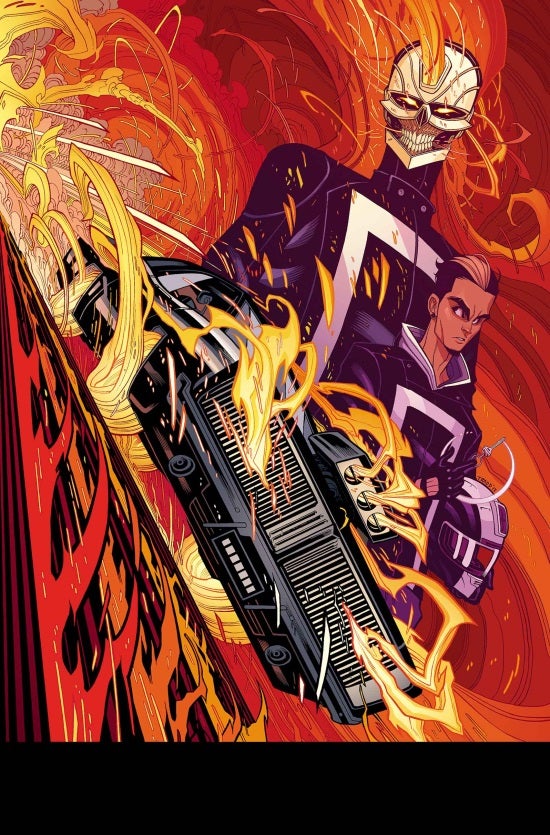 Marvel Comics has released a first look at All-New Ghost Rider #1 from writer Felipe Smith and artist Tradd Moore. Part of the All-New Marvel NOW! initiative, the series will star a brand new Ghost Rider on the streets of Los Angeles. A high speed race on the violent, drug-filled streets of LA leads young Robbie Reyes to his destiny as the new Ghost Rider. "In Robbie Reyes, Felipe Smith and Tradd Moore have created one of the most complex and likable characters to be granted great power — and a great ride! -- and learn the great responsibility that comes with both," says Editor In Chief Axel Alonso.  "Reyes comes from a very different zip code than Peter Parker, but his story is universal." "His vehicle of choice, the automobile, very clearly sets him apart visually," says series writer Felipe Smith in an interview with Marvel.com "In comparison to his vengeance seeking predecessors, he's very young and inexperienced in most aspects of life; but as a the product of a harsh inner city upbringing, Robbie's street smarts, overall distrust for most people, and clear contempt for his violent surroundings make him the perfect host for a Spirit of Vengeance." Robbie, as the new Ghost Rider, possesses the unique ability to turn any vehicle into his flaming vengeance-mobile, a power that he'll need when a war erupts between the crime lords of Los Angeles. You can find about more about Robbie Reyes and how he came to host the Spirit of Vengeance when All-New Ghost Rider #1 hits shelves in March. ALL-NEW GHOST RIDER #1 (JAN140660) Written by FELIPE SMITH Art & Cover by TRADD MOORE Variant Covers by FELIPE SMITH (JAN140663) MIKE DEL MUNDO (JAN140663) SKOTTIE YOUNG (JAN140664) FOC –02/24/14 On-Sale -03/19/14 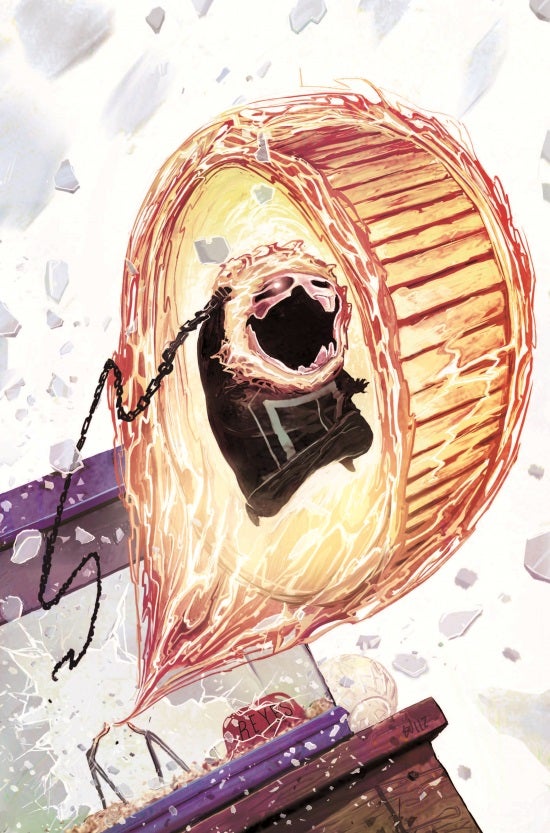 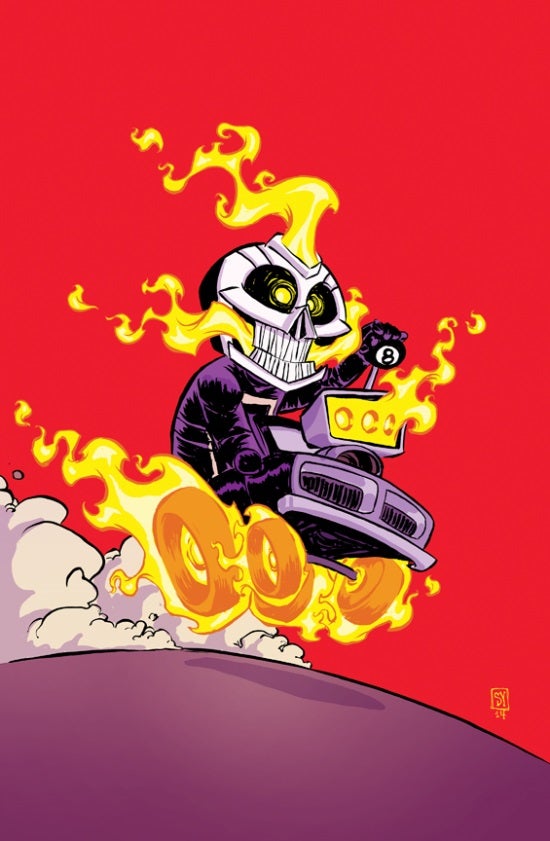 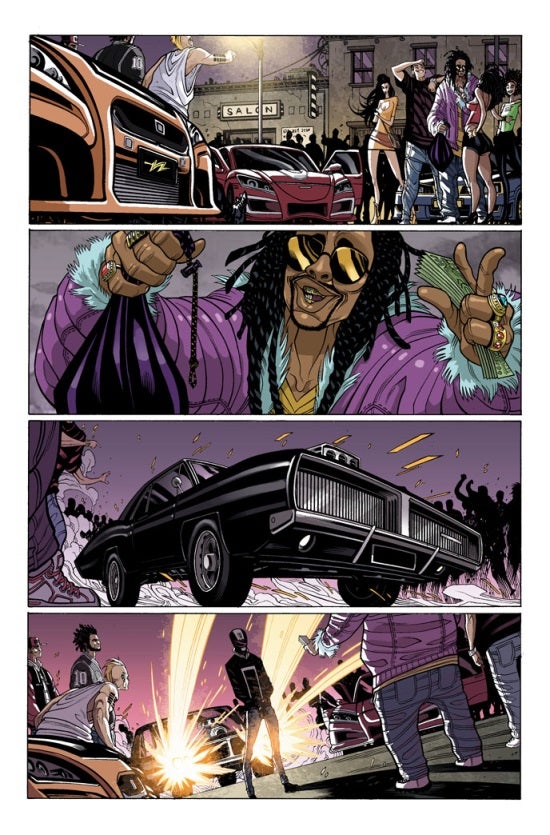 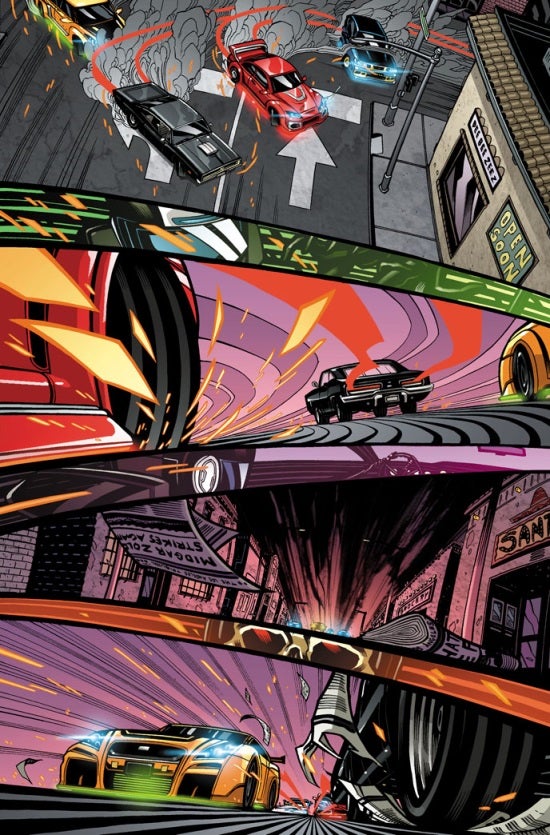 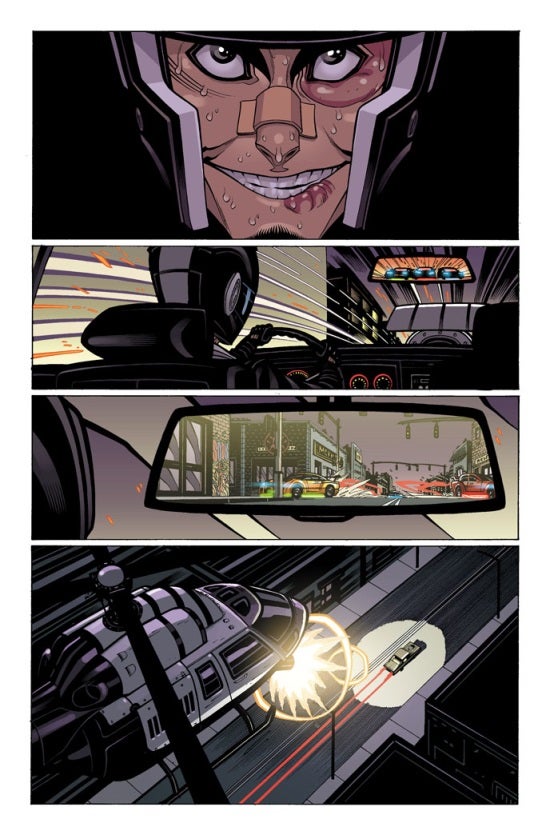