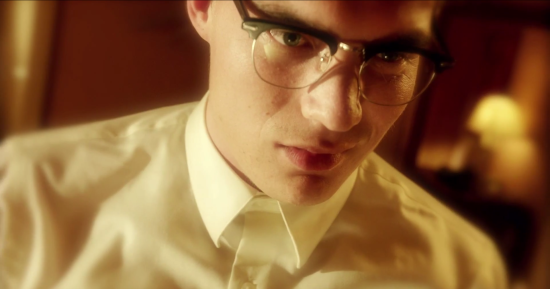 Robert Rodriguez's El Rey channel has released a full trailer for From Dusk Till Dawn: The Series. The series is a continuation of the story from the cult film, comics and video game, following the Gecko Brothers, Seth (D.J. Cotrona) and Richie (Zane Holtz). Creator Robert Rodriguez, who directed the original 1996 film, is serving as Executive Producer on the show. In the original film, the Gecko Brothers and their hostages unknowingly seek temporary refuge in an establishment populated by vampires, with chaotic results. The series will give fans a deeper and more expansive look at the world of the film, including a deepening of its underlying Aztec mythology. The show is being produced by FactoryMade Ventures, with Rodriguez, the original film's director, as Executive Producer. The show will debut March 11, 2014.