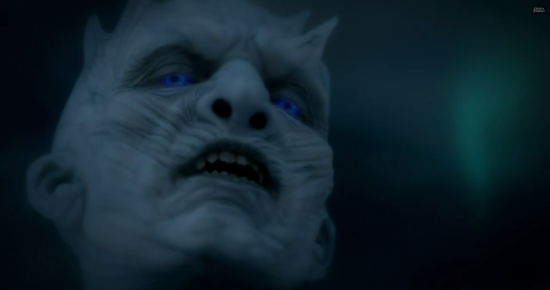 Last’s night’s episode of Game of Thrones, “Oathkeeper,” got fans buzzing for two reasons: Ser Pounce (the Internet loves cats) and the final scene showing the fate of Craster’s last son, born after Craster’s death at the hands of the Night’s Watch mutineers.

The scene shows a White Walker with the child in his arms riding a wight horse through the snow to a land shrouded in darkness. He approaches a circle of ice pillars with an ice altar at the center and places the child on the altar. Several more White Walkers, who seem to be dressed more regally than the ones we’ve seen previously, surround the altar. One approaches and picks up the child. He places a finger on the child’s face and the child’s eyes turn the burning blue of the White Walker’s.

The scene seems to show how new White Walkers are created and why the Walkers have been taking sacrifices from Craster for so long, but the scene also left a lot of questions unanswered. One among them was, “Who was that White Walker that transformed the child?” He stood out from other walkers due to the horns on his head that seemed to form a kind of crown.

HBO may have accidentally spilled the beans about his identity, and possibly spoiled a major reveal for the book series as well. The official HBO synopsis of the episode, found in the Game of Thrones viewer’s guide, names that White Walker as The Night’s King…or at least it did until HBO altered the synopsis to remove that name. A member of Reddit was quick enough to get a screen capture of the synopsis before it was altered, preserving the evidence.

As we described in our previous article laying out everything we know about the White Walkers, the Night’s King is a figure from the legends of Westeros and the Free Folk that has been mentioned by characters in the books. His tale is also recalled in the Game of Thrones Season Two box set special feature, “The Histories & Lore: The History of Night’s Watch.” The Night’s King is said to have been an early Lord Commander of the Night's Watch who met a White Walker woman (something we have still never seen in book or show) and fallen in love with her. He returned to the Wall with the woman and declared himself the Night’s King and the Walker his queen. They ruled their “kingdom” of Night’s Watch brothers from their seat at the Nightfort for thirteen years, performing human sacrifices all the while. Eventually, the King-Beyond-the-Wall and the King in the North rallied their forces and joined together to overthrow the Night’s King.

The books go into a little more detail, saying that when the Lord Commander gave the woman his “seed” he also gave her his soul and the human sacrifices he was making was specifically to the Others (the name of the White Walkers in the books), much like what Craster was doing before his death. The stories say it became forbidden to speak the Night’s King’s true name, such were the atrocities he committed, but legends hold that he could have originally been a member of a northern house, possibly a Bolton or an Umber. The way Old Nan tells the tale, he was actually a Stark and brother to the King in the North of that time.

The tales told in the books say that the Night’s King was killed, bu fans have speculated about his final fate and his possible involvement in the return of White Walkers to Westeros in the present day. The revelation of the Night’s King’s involvement as shown in “Oathkeeper” has not been revealed in the pages of the A Song of Ice and Fire series. As such, this may be the first time that Game of Thrones viewers have gotten information before book readers. Of course, book readers may feel that the show, or at least HBO’s synopsis, has actually spoiled future books.

Game of Thrones airs Sunday nights at 9 PM on HBO. 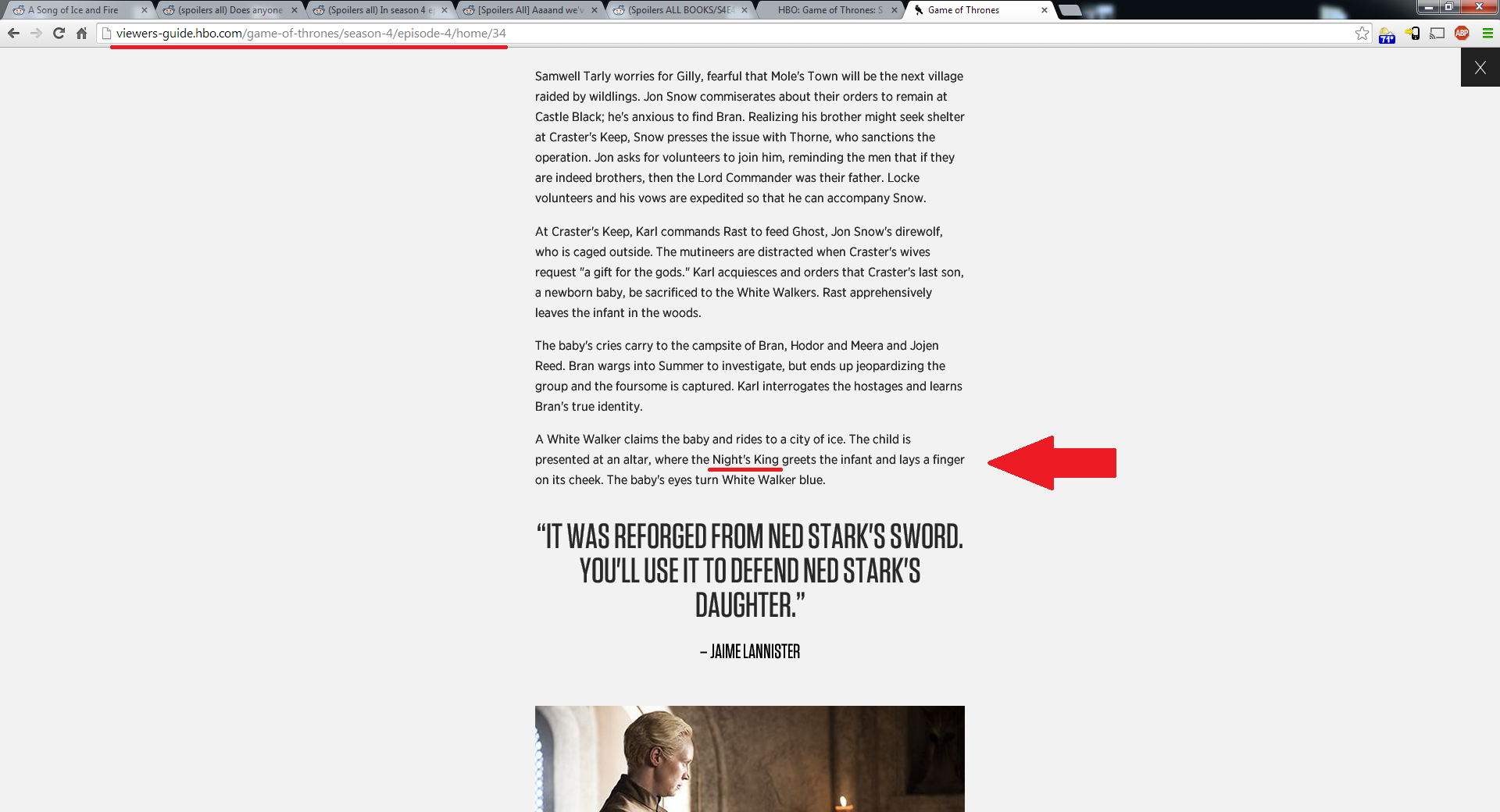 Game Of Thrones: Did We See The Night's King?