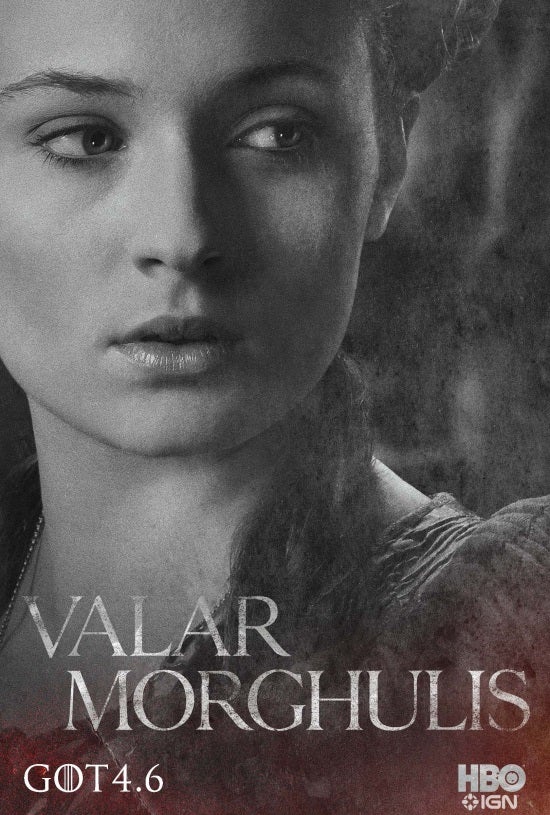 In last week’s episode of Game of Thrones, “The Lion and the Rose,” amidst all of the chaos of the Purple Wedding, Sansa Stark made her escape. Ser Dontos led her away, but where or to whom? Here are some theories we have about where Sansa might be headed.

As you’ll see from the rest of our theories, Dontos is most likely working with or for somebody else. But what if he’s not? Dontos is pretty fond of his wine, so it’s possible that he’s actually decided that he’s the knight in shining armor that Sansa has been waiting for. If this is the case, Sansa is surely in for some crushing disappointment when she realizes whose hands she’s put her life in.

The Tyrells Are Sneaking Her Away To Highgarden

It’s possible that Ser Dontos was employed by the Tyrells to find an opportunity to take Sansa away to Highgarden. The Tyrell’s original plan was to have Sansa marry Loras, after all, and, even now that Sansa was forced to marry Tyrion Lannister, Olenna Tyrell still seems intent on getting Sansa to Highgarden. But what could she be planning to do once Sansa is there?

Ser Dontos is Taking Sansa to The Hound

Sandor Clegane has a strange relationship with the Stark girls. He’s currently travelling with Arya, hoping to sell her to Lysa Arryn, but what if he’s hoping to double his value? We know he had a strange fixation on Sansa before he left King’s Landing and maybe he still does.

Ser Dontos is working for Littlefinger

Speaking of weird fixations on Sansa, Petyr Baelish is first in line there. Petyr loved Sansa’s mother and spent a lot of time last season trying to get close to Sansa. He’s been out of the picture for a while now, but could he have left Sansa with a secret protector?

Ser Dontos is a Spy for Daenerys Targaryen

Daenerys Targaryen probably doesn’t even know who Sansa Stark is, but Barrister Selmy does and he is currently working in her employ. Selmy is an honorable man so perhaps he sees having Dontos take Sansa away as both a way of doing right by the Stark family and giving Dany a new ally and/or hostage when she tries to take back the Iron Throne.

Game of Thrones: Where Is Ser Dontos Taking Sansa Stark?