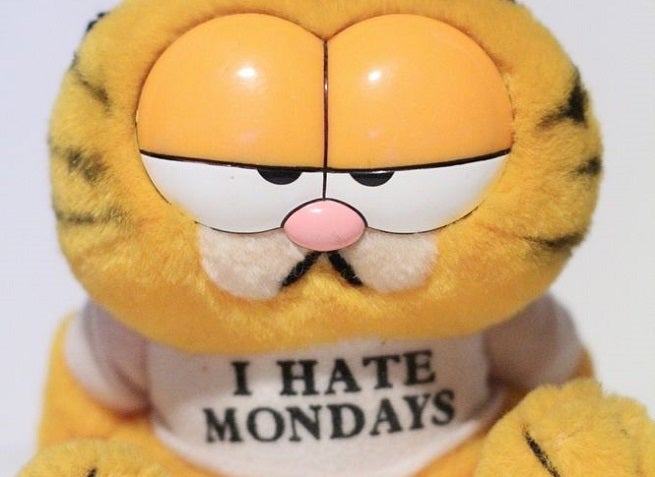 Jim Davis, creator of the long-running comic strip Garfield, has shared in a new interview with The Huffington Post why Garfield hates Mondays so much.

...I literally never considered this question.

It was a catchphrase that appeared on some of the earliest licensed merchandise in what would become a decades-long merchandising empire, so it stands to reason there had been some thought put into it (even if the reasoning behind Garfield's love of lasagna, according to that same interview, essentially boils down to Davis saying "Well, I like lasagna").

"We live in a time where we are made to feel guilty for not exercising and oversleeping and overeating, but Garfield's cool with that," Davis explained of the character's appeal. "He likes it all and he is not apologetic about it. He just lays it out there the way it is. I think that is what people really appreciate about him because he kind of holds the mirror back to the reader. He throws it back with a humorous twist."