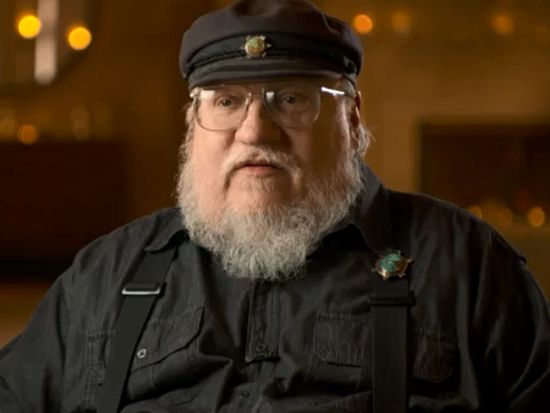 On last night’s episode of Conan, Game of Thrones creator George R.R. Martin was a guest and discussed the balance of realism and fantasy in the series, namely the limited amount of magic.

“I think magic has to be handled very carefully in fantasy…,” said Martin. “You need some magic, in a fantasy, but too much magic is like too much salt in the stew: then all you can taste is the salt, and anything can happen. You know, pigs are flying…”

Martin then revealed that he actually is introducing flying pigs to Game of Thrones…sort of.

“Actually, I do have a knight with a winged-pig on his shield in the next book so…” said Martin, laughing. “But he doesn’t actually have a winged-pig.”

Martin says that now, but dragons were originally only supposed to be a heraldic symbol for House Targaryen and now there’s three of them flying around Essos. We’ll see how long it takes for him to change his mind about flying pigs too