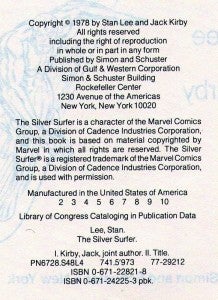 Gary Friedrich, who wrote the first-ever adventure of Johnny Blaze as Ghost Rider for Marvel Comics and who was, for years, credited as the "co-creator" of the character with artist Mike Ploog, has filed an appeal in his lawsuit which attempts to reclaim the rights to the character. The documents have been made available online by Daniel Best's 20th Century Danny Boy blog.

Friedrich, whose last legal go-'round with Marvel led not only to his losing the case, but to a $17,000 settlement with Marvel Comics, who alleged he was wrongfully using the character's likeness on bootleg merchandise, drew the support of many in the creative and fan community, although Marvel's editorial staff and a number of other creators spoke out against him.

Friedrich filed the original suit in 2007, following the release of Ghost Rider to theaters, claiming that he had filed a copyright reversion claim in 2001 that would allow him to reclaim the then-33-year-old character as its original creator. These sorts of cases have become more commonplace in recent years; changes to U.S. copyright law in the 1970s have allowed intellectual property owners to extend their copyright window well beyond its original intended length, meaning that creators who signed deals in the early days of the comic book industry believing that they would be able to reclaim their character at a later date are finding it impossible to do so without litigation. The family of Jerry Siegel, the co-creator of Superman, have been at war with Warner Brothers and DC Entertainment for years; other notable copyright claims include those made last year by the Jack Kirby Estate and a notable case by Marv Wolfman, who sued Marvel in an attempt to recover the rights to Blade, the Vampire Hunter.

Among the arguments made in the document is one that's of particular interest to comic book fans; it claims that an original Silver Surfer graphic novel was released in 1978 lists its authors as the copyright holders on the work. Friedrich claims that the existence of such a work should bolster his claim that the summary judgment granted to Marvel in the previous case was improper, since the Silver Surfer book constitutes a break with the company's work-for-hire policy that precludes the assumption that Friedrich knew he was working under specific conditions with regard to copyright.

Supporters of Marvel, though, have been quick to point out that the book in question was published by Simon & Shuster, under license from Marvel Comics, because Kirby demanded a share of the copyright to any work he do with Stan Lee at the time. Those extraordinary conditions, then, would arguably reaffirm Marvel's position that all of their books were understood to be work-for-hire, as the exception Friedrich's lawyers are claiming was specifically not published in-house because they were unwilling to make that change. Attmempts were reportedly made to translate the book to other media, so that Lee and Kirby could reap the financial windfall from owning the copyright in question, but ultimately proved unsuccessful, according to a 2011 blog account.

Friedrich also claims, as have many creators in the past, that the "back of the check" copyright transfers that were common at Marvel and DC at the time, were an unjust burden on freelancers who were essentially told that if they didn't transfer the copyrights to their work over to the publisher, they would not be paid and/or would never work for the company again.

"I was given an agreement at that time by Sol Brodsky and told that if I wanted to continue to work for Marvel that I would have to sign it," Friedrich is quoted as saying.

Loki: Why Episode 2's Reveals of the MCU’s Future Feel Way Too Real