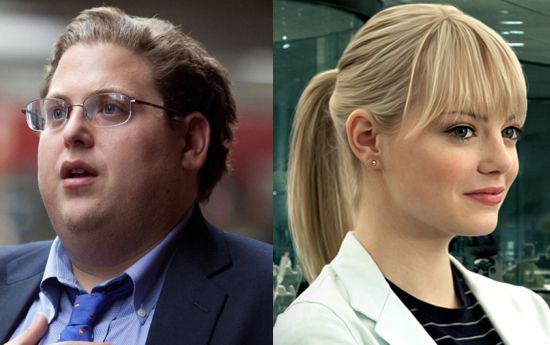 Will Ghostbusters 3 ever get made? The film has been stuck in rumor land for ages. The original plan for Ghostbusters 3 was to bring back the original team including Bil Murray, but Murray doesn't appear to be interested.

Most recently, Dan Aykroyd had indicated that Ghosbusters 3 would move forward with a new Ghostbusters team. Now, Schmoes Know has word on two potential members of that new team.

According to their source, Jonah Hill and Emma Stone have been offered parts in Ghostbusters 3. Their character names would be Jeremy and Anna respectively, but no details on who these characters are exactly. It's speculated that they could be the son and/or daughter of one or two of the original Ghostbusters.

With offers going out, it's also a pretty good indication that Ghostbusters 3 has either been given the greenlight or is close to getting a greenlight. No word on if Jonah Hill and Emma Stone will actually take the deals.