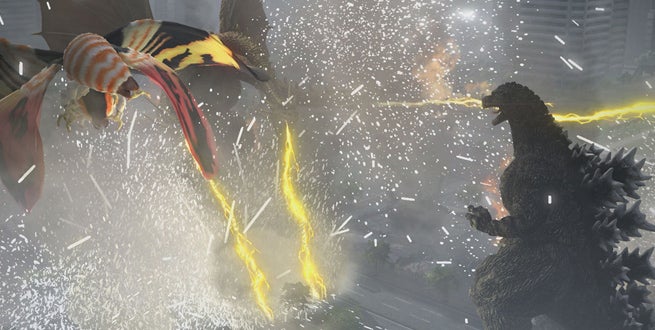 When Bandai Namco discovered that their next project was a new Godzilla game, they knew they had a major license on their hands. They needed to please several generations of fans, licensing partners, and their harshest critics: Their very own production department. So where did they start? By making giant monsters fight each other, of course. 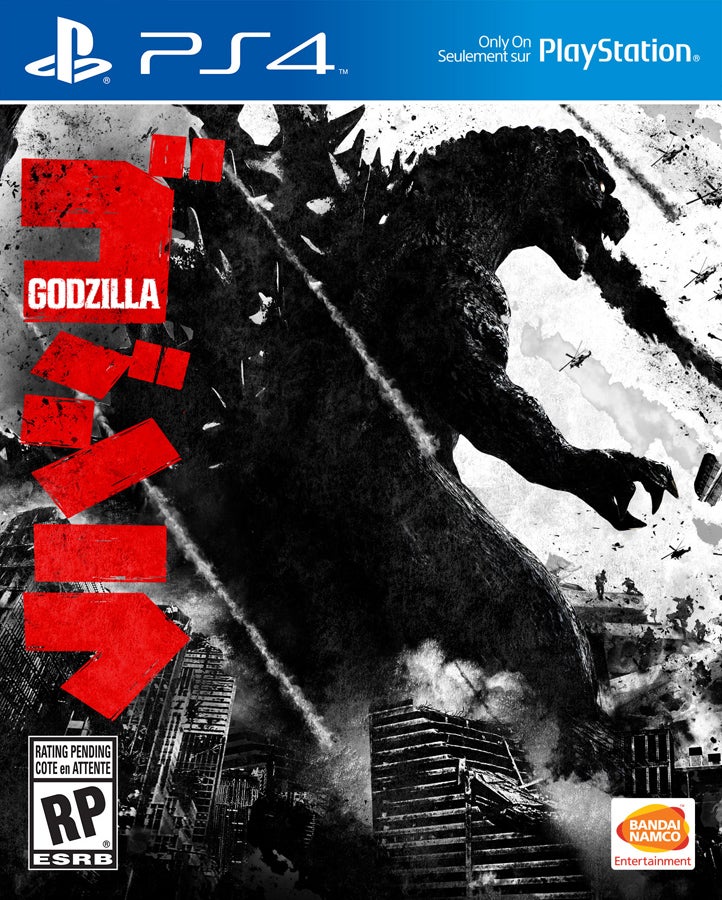 After revealing Godzilla late last year, the game was in full form at a special press event, "Bandai Namco Global Gamer's Day," in Las Vegas. A full playable demo was revealed, pitting classic Godzilla against both King Ghidorah and Space Godzilla, a new trailer showed off some other characters, from the expected Mothra to the crowd-pleasing Jet Jaguar, and the producer of the game, Shunsuke Fujita, came from Japan to tell us even more.

Fujita-san sat down in a one-on-one interview with ComicBook.com (well, one-on-two, technically, as Bandai Global Marketing's Daniel Markoff joined in to translate) during the event. His excitement and love of the Godzilla game and franchise boiled over as he filled the room with laughter and excitedly talked about how Bandai Namco would make Godzilla king of the monsters once more.

Fujita-San, when you first start with a license that has as storied a history as Godzilla, what's the very first thing you do?

We said, "So this is Godzilla," then along the same note, you ask questions like, "Can Godzilla fight against Hollywood Godzilla? Does that even make sense?" Decisions have to be made there. Then we talk to Toho Studios, and Legendary Pictures, and Warner Brothers, and make sure that everyone is on the same page, understands what the concept of the game is and why we're doing that. Based on that, we say, "okay, yes, now we can start this game." This game is "this kind" of Godzilla game.

There are a lot of Godzilla! Understanding what each of them are, and making sure our understanding isn't different from the people who own the rights to him (laughs), that's what we have to do to start. 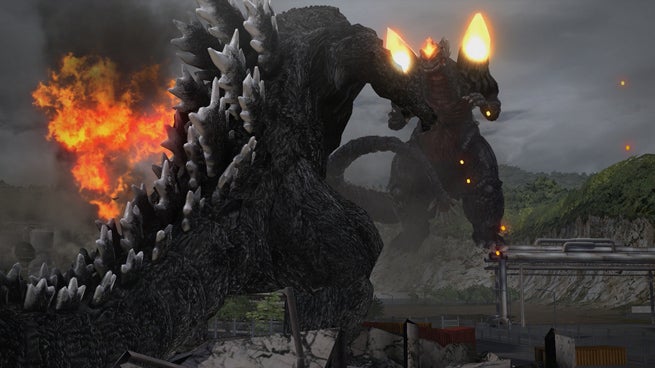 The new camera angles, which let you view the battles from street level or from inside buildings, is very interesting to me. When did that come into play, and why is it important to innovate on something like that?

Originally, we started out trying to make it all with the pointed cameras! (laughs) It was crazy, and too difficult, so we put in both. 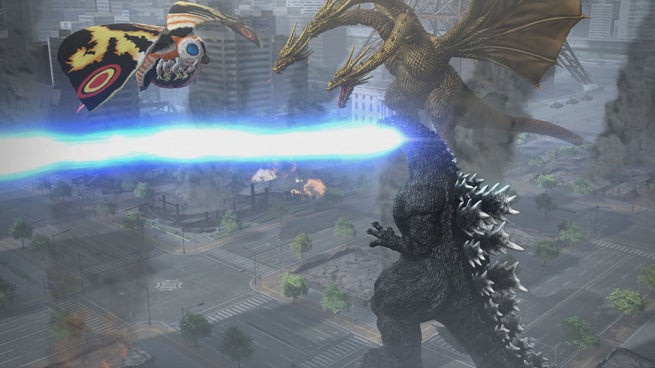 How do you balance making the Kaiju feel powerful, but not invincible? You have to be able to lose in order to make winning feel good, right?

Fujita-San: If you look at the old Godzilla movies, ultimately, he will usually win. He's super-powerful. But usually, he'll lose once, or be weakened, and he has to do something to become more powerful and overcome the odds. Looking at it from a movie angle, it's okay for Godzilla to be destroyed by another monster, or vice-versa.

At the same time, when we look at the human forces, you don't usually see a jet come in and just destroy Godzilla! So there are different ranks; even with the human weapons, you do have the Super X alongside the tanks and jets, and those might be powerful enough to kill Godzilla if you're really in a pinch. But you're not going to kill Godzilla by one helicopter! (laughs) That would be really strange.

So making him as powerful as he is in the movies, I think is the goal. A tank might come at you and damage you and stop you from moving forward for a moment, but a tank isn't going to just go "pew!" and kill you. 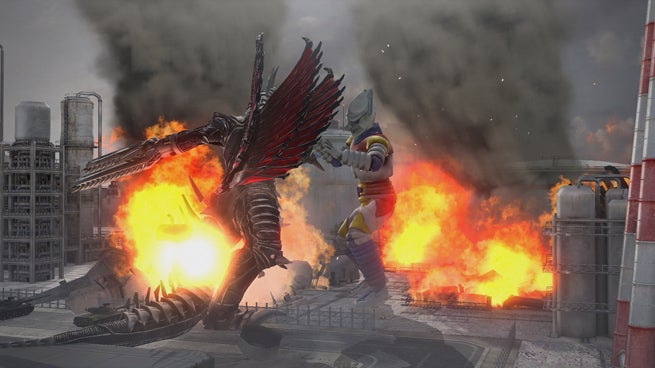 Fujita-San: We went through all the different Kaiju, and I came up with three different measurements for each one. Basically, how well is it known, how well do people know this creature? Then, how easy is it to put in a video game? Then another thing is, how much fun will people have with it, how much of a buzz will it create? So basically, normal people, nerd, and does it fit in a video game?

So I made my own chart with each Kaiju, and I looked through and gave my own ratings in each category myself. It's something that, if that chart was ever seen by the fans, I'd probably get killed for it! (laughs) That was the process though!

Godzilla hits the PlayStation 4 (along with a slightly different PS3 version) on July 14.