This was a very plot-heavy episode of Gotham and, unless we missed a name-drop or two, not one that had a lot of Easter eggs or DC Comics references.

So...if we missed anything, let us know below or in the Spoiler Room!

Updated with some suggestions from our readers, and to repair damaged formatting to the Commissioner Loeb entry. 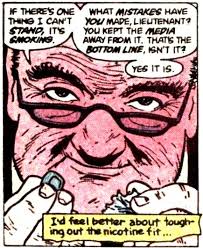 This may be the first on-camera (Gotham) appearance of Commissioner Loeb, who first popped up in 1987's Batman #404.

He isn't, contrary to what many fans will tell you online, named for comics writer and Marvel Television Head Jeph Loeb, although Loeb did have some memorable Batman stories.

Commissioner Loeb has been referenced previously on Gotham but, as Jim noted in the episode, hasn't been seen mingling with the rank and file up to now.

As noted in the comments below, he previously appeared in the Dark Knight Trilogy, portrayed by Colin McFarlane. 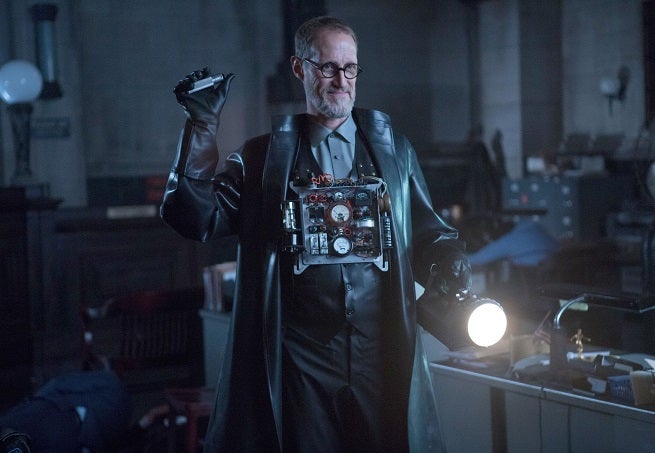 Last week, we speculated that Jack Gruber could be The Electrocutioner, but we weren't sure...mostly becuase he didn't have the same name as the one in the comics, and the comics-based Electrocutioner had a family history with the name.

Well, that came back into play this week, as Gruber was proven to be Jack Buchinsky, and that's the name of the most commonly-used Electrocutioner, Lester Buchinsky.

Lester also had a brother who was The Electocutioner, who died, and is only known by his last name according to the DC Wiki. Could that be Jack?

The name of the taxicab company that brings Barbara to her parents' house is the same as the name of the comic that most heavily influenced Gotham.

Falcone wears a flower through the episode like he frequently did in the comics. It's not a rose but it's a nice little reference.

Penguin gets his first club!

Gotham: Easter Eggs and DC Comics References In "What The Little Bird Told Him"

Hulu Is Now Streaming One of Anime's Best Shojo Series Ever

Call of Duty: Warzone Accused of Plagiarism For Second Time in a Month