FOX has ordered a full first season of their upcoming Batman prequel Gotham. Word of the pickup was just cnfirmed by the show's Twitter feed.

It's a week before the network announces their 2014-2015 schedule; at that point fans will know when the much-buzzed-about series will air. The series, which many are speculating will take many cues from the fan-favorite comic book series Gotham Central, stars Ben McKenzie as Detective James Gordon, Donal Logue as his partner Harvey Bullock and Jada Pinkett-Smith as mob boss Fish Mooney, among others. 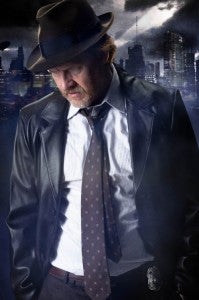 "It's interesting because people will say, 'What good is Gotham? A Gotham without Batman is stupid!,'" Logue said in a recent interview. "What's fascinating about Gotham is like, what happened in the 20 years before Batman was so effed up that it needed a vigilante to come and save it — and those moral decisions have repercussions. Like, Gordon does stuff that seems to come from a good place, but you can do something and — this kind of goes back to the statecraft argument — say, in Vikings time, if I want to kill my enemy, I have to kill his kids. If I don't kill sons, they're coming after me and mine for the rest of our lives. So you've got to pull the root out. That's something that Gordon struggles with, being that brutal. Then later, if some bad s–t goes down, you can say, 'Well, that was your bighearted moment.' It's kind of mock politics, so it'll be interesting to see. I'm super fascinated to see where a lot of these things go. The question is, how did we get there? How did we get to the point where we had to have a Batman?" Expect a lot of news regarding pickups, cancellations and new series -- along with maybe a few trailers -- over the next two weeks as networks prepare for upfronts. Of particular interest will be the upfront presentation for The CW, which is expected to pick up an Arrow spinoff based on The Flash as well as an adaptation of Chris Roberson and Mike Allred's iZombie from Veronica Mars creator Rob Thomas.

Doctor Who Might Be Bringing Back Another Classic Character