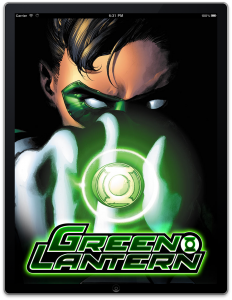 DC Comics is giving fans of Green Lantern plenty to smile about. The comics company announced today the release of apps for the Apple products iPad and iPhone that focus specifically on Green Lantern. With the upcoming June 17th release of the feature film debut of the emerald-clad hero, the move is designed to give fans access to all sorts of Green Lantern related content.

The highlighted features of the app will include:

-Over 200 Green Lantern comic books with more added each week.

-Guides to help fans new to the character and his universe, such as features on the Green Lantern Corps and major supporting characters

-A comic book store locator, which will help fans find nearby stores who have Green Lantern issues.

Fans can also expect to see information about Green Lantern related video games, previews for other material, and so much more!

Anatomy of a D&D Campaign: Building a Campaign With a West Marches Ethos