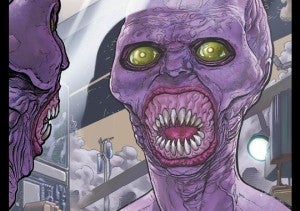 and Code Monkey Save World writer Greg Pak will be the new, ongoing writer of Action Comics beginning with October's #25, reports USA Today. Artist Aaron Kuder, who has been bouncing around the DC Universe a bit working on titles like Green Lantern: New Guardians and Superman, will join him on art. Pak describes getting the call to write Action Comics as "one of those things you dream about idly, imagining the craziest thing that could ever happen to you in your comics career." Kuder, who will draw the Parasite one-shot during DC Comics's Villains Month in September, will get a bit of a headstart on his co-creator. "Basically, I've fallen in love with this character all over again," Pak told the newspaper. "In fact, the first comic book I ever drew as a kid was a Superman thing. I was doing Superman fan fiction when I was 6 years old. For young children, Superman is your first introduction to superheroes and you love him. But as I've gotten older, I realized how resonant the whole story of Superman is and how his struggles actually reverberate with people at every age." "The book is called Action. So we want to have big action. And it's Superman! Superman's gotta do crazy, huge things," Pak said. "At the same time, every step of the way in order for me to care and you to care, whatever Superman is going through has to resonate on that emotional level." "I am a huge fan of Greg's work and, as a person, he's a super nice guy," said Kuder of taking on the job. He added, "I mean, come on, it's freaking Superman!"