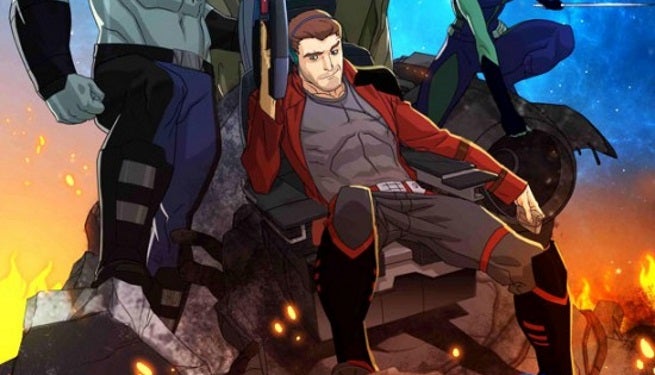 In October, Marvel officially announced a new Guardians of the Galaxy animated series coming to Disney XD. When the series was announced, The New York Times ran an article that said that Marvel Vice President of Animation Stephen Wacker had said the series would take place after the events fo the Guardians of the Galaxy movie, though they did not actually provide a quote.

The statement was a bit confusing. No other animated series in Marvel’s line has tied into the film or comics universe so far, so it was unclear if what Wacker said was meant literally or more thematically, implying that the series wouldn’t be retreading the same origin story/getting the team together ground that was used in the film.

If the statement was meant to be taken literally, then nobody told Guardians of the Galaxy film director James Gunn.

“Is that what somebody said? Because that’s not true. There’s no way,” Gunn told /Film. “It’s totally separate from the Marvel Cinematic Universe and whoever said that, it pisses me off.”

It seems likely that the original New York Times report did not clearly convey what Wacker meant in his initial statement, but Gunn’s statements seem to clarify that the the Guardians of the Galaxy film and animated series are entirely separate narratives.

The Guardians of the Galaxy animated series will air on Disney XD beginning in 2015.

Guardians Of The Galaxy Animated Series To Be Unrelated To Film