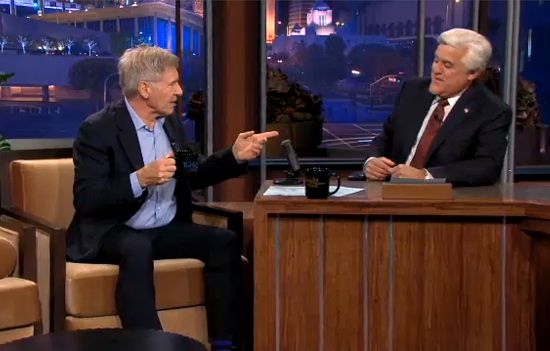 When Harrison Ford was hired after Bruce Willis dropped out of The Expendables 3, the perception was that Ford was replacing Willis. Especially considering that Sylvester Stallone announced Ford’s casting by tweeting, “WILLIS OUT… HARRISON FORD IN !!!! GREAT NEWS !!!!! Been waiting years for this!!!!” However, in an appearance on the Tonight Show with Jay Leno, Ford set the record straight.

Ford added, “Bruce Willis said he didn’t want to do it. That’s his business not mine. And they asked me if I wanted to be in the movie. And they told me…they gave me a reason that I should be. [Jay Leno makes money sign with his fingers.] That’s a good enough reason.”