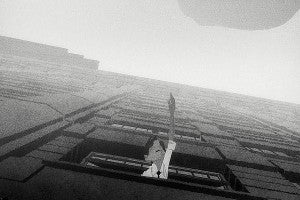 Short films before the feature presentation are one of those things that fell out of fashion for a long time in Hollywood and, while they're more popular now than they have been in years, they still aren't common. Yet, three of this year's major animated releases will have animated short films screening before them, starting with Disney/Pixar's Brave, in theaters Friday.

Pixar has always made it a habit to present an animated short before the feature film. Brave will be no exception, with a Toy Story animated short screening before the movie when it debuts later this week. There are rumors that Toy Story 4 is greenlit at Pixar, but before that ever happens, we'll see more animated shorts attached to the next few Disney/Pixar movies, starting with this one.

Meanwhile, Disney Animation announced that its hand-drawn/computer-generated hybrid animation Paperman, which drew rave reviews after its debut at the Annecy International Animation Film Festival earlier this month, will get a theatrical release as the opening act for Disney's upcoming "Toy Story with video games" movie, Wreck-It Ralph.

And in case you thought this was just a Disney thing, 20th Century Fox is bringing yet another Ice Age movie to the theaters this year and, perhaps in an effort to appeal to somewhat older viewers who watched the first couple of movies in theaters, a new Simpsons short film will roll before that one.

With the number of Americans who go to the movies regularly at one of its lowest-ever levels and ticket prices higher than ever, it may be that studios are just looking for that little something extra to give viewers the feeling they're getting their money's worth. DC Comics did the same thing a couple of years ago when a cover price jump was justified by adding ten pages of "second features" to the back of a handful of books on the cancellation bubble. Either way, it's a good time to be a fan, with some great material being screened effectively for free in theaters.

Has Pixar Ushered in a New Golden Age For Animated Shorts?