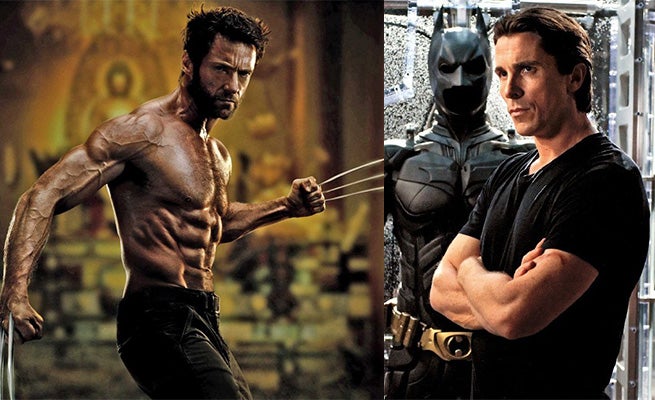 At any event Hugh Jackman attends, you can expect there will be questions about Wolverine and comic books. During a recent event promoting Chappie in New York City, Jackman was posed the question of whether or not Wolverine will follow Spider-Man's lead and join the Marvel Cinematic Universe.

Jackman's response didn't change anyone's views on the matter as he explained, "There's so many forces at play there man, beyond what anyone would want. The thing I've always loved about the comic book world, the fun thing is how a writer of a comic book could just pull all these characters together. What became a Friday night discussion of, 'Ah, it would be cool to see Batman fight Wolverine.' Bang! Monday morning, they're working on it. That's an idealized world."

This response, though, led Chappie director Neill Blomkamp to ask Jackman, "What about Christian Bale's Batman versus Wolverine?" Jackman laughed it off, but Blomkamp went on, "I suppose without some of his technology, you would just cut him up," but "If he was in the Tumbler it would be a battle."

According to Jackman, Batman would stand no chance, "We can try and stretch the movie out beyond a short, but I'm guessing it'd be a short."

So, according to the Wolverine himself, Batman is mince meat in the eyes of the mutant made of Adamantium. Who do you think would win the showdown? Is Jackman right in his assumption that it would be a cakewalk, or would Christian Bale's Batman put up a fight?

Hugh Jackman Says Batman vs. Wolverine Would Be A Short Film