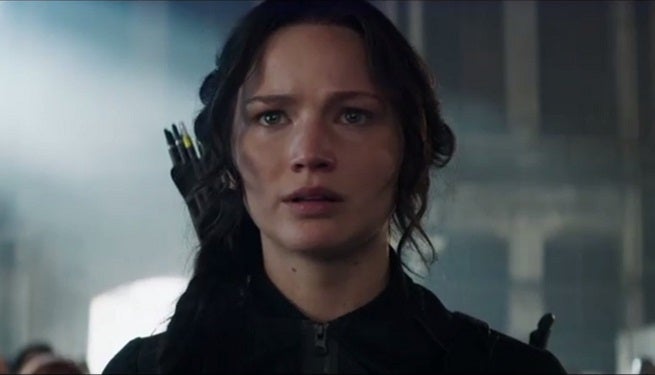 Doritos has released a new trailer for The Hunger Games: Mockingjay – Part 1.

The trailer once again shows Katniss Everdeen (Jennifer Lawrence) as the reluctant hero of a revolution against the Capital of Panem, and taken aback when she sees that Peeta (Josh Hutcherson) is alive and allied with President Snow (Donal Sutherland).