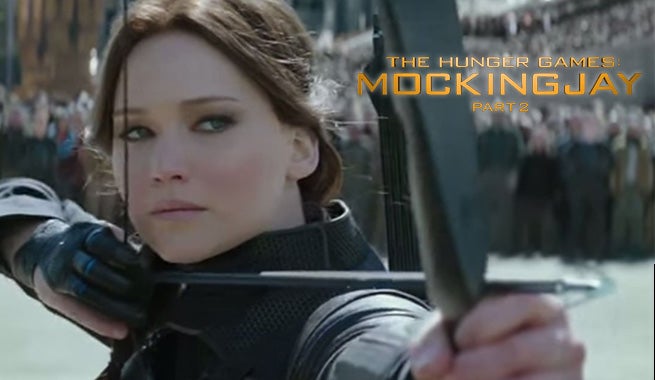 For those of us who frequently contemplate coughing up the extra cash for the 3D movie experience in the U.S., that decision has been made for you on Hunger Games: Mockingjay Part 2.

Lions Gate Entertainment, the distributor behind The Hunger Games franchise, has decided to release the saga's conclusion strictly in 2D and IMAX 2D in American theaters. In February, Lions Gate announced that it would be releasing the final installment in 3D formats, in addition to the traditional 2D option, but that will only hold true internationally.

Mockingjay Part 2 director Francis Lawrence said "I love the 3D format and I know that Mockingjay Part 2 will play perfectly in 3D and 2D internationally – but I’m pleased that we’re maintaining the 2D only (and IMAX) formats domestically. It is the best of all worlds!" This keeps the franchise consistent, seeing as the previous three episodes of The Hunger Games were only released in 2D in the United States.

Why is this the case? Most likely because 3D formats perform much better overseas than in the U.S.. The Hunger Games will perform outstandingly regardless of whether or not it has the extra revenue from 3D prices. For those Americans hoping to really see Mockingjay Part 2 pop out from the screen, sorry, Katniss stays 2D.